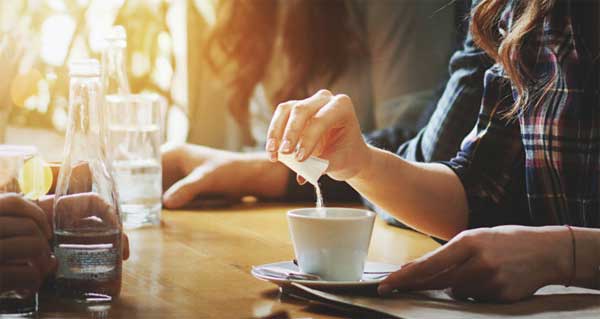 18 Oct 17 A surprising way artificial sweeteners are being used

Low-cal additives are finding a place in pollution control — even as scientists dig into whether they are pollutants in their own right.

Artificial sweeteners pop up in products all over the grocery store, from diet soda to yoghurt, to help people keep calories down and pounds off. It turns out their popularity has given artificial sweeteners — sucralose in particular — a purpose beyond helping with weight or carb control.

Sucralose, and to some extent acesulfame, may also play a role in keeping water contamination down by helping researchers and water resource managers identify hot spots of pollutants in order to better manage them.

Sucralose is increasingly being used as what experts call a “tracer” — a substance that can help identify where contamination comes from. This ability is important for maintaining water quality, both in surface waters and in drinking water supplies.

The concept of a tracer is not new: Other substances, mainly caffeine and certain pharmaceuticals — all of which are used in sufficient quantities that experts say they are ubiquitous in domestic wastewater — have been used to identify water that has made the trek down the drain.

But sucralose — the main ingredient in Splenda and found in a variety of other products, including some protein bars and sugar-free candy — is coming out ahead of those because it is so stable. Researchers like using it because it doesn’t degrade easily, in either the environment or a water treatment plant.

“The whole purpose of having an artificial sweetener is that the body doesn’t recognise it as fuel, so you don’t use it for energy,” says Piero Gardinali, associate professor at Florida International University.

“We have seen that if you put it in a wastewater treatment plant, nothing happens to it because the microorganisms don’t recognise it as food, either.”

If water quality managers detect sucralose in a river, for example, they can use it as a red flag that some amount of wastewater is present. That means sucralose enters a wastewater treatment plant with raw sewage and leaves with treated water being discharged to the environment.

It’s virtually impossible to test for every contaminant that could be in wastewater — but if water quality managers detect sucralose in a river, for example, they can use it as a red flag that some amount of wastewater is present. They can then take a closer look to see what other contaminants might also be present and possibly jeopardising the health of the river.

He says he’s noticing more agencies around the country and the world using the tracking strategy in their water quality programs.

The Metropolitan Water District of Southern California, for example, which serves the Los Angeles area, monitors its water for sucralose — to reveal the presence of treated wastewater — once a year, according to Stuart Krasner, the district’s principal environmental specialist.

Sucralose has been used for similar purposes elsewhere in the US and across Europe, and Henry Briceño, also a professor at Florida International University, says he is working with the US National Oceanic and Atmospheric Administration to apply it to assessing the impacts of Hurricane Irma.

Briceño has found that sucralose can potentially be used not just as a tracer — which flags a potential problem — but also as an indicator, which means it can help to determine the extent of the problem.

He’s presented research findings based on several analyses he’s done that suggest once sucralose levels in a body of water rise above 57 parts per trillion, it’s an indicator that the water is experiencing some level of human impact and the onset of eutrophication — nutrient loading that can encourage plant growth and suffocate animal life.

The extent of damage, he says, is deemed significant when levels exceed 150 parts per trillion.

While water resource managers say sucralose in the water appears to have little or no negative environmental impact, some researchers point to the lack of extensive research to back that up.

There has so far been little apparent threat reported to aquatic organisms, but in reviews of existing research, University of South Carolina chemistry professor Susan Richardson highlighted studies that have found at least potential impacts for some animals, including on their behaviour and physiology.

One study, for example, found that sucralose exposure altered the movement of crustaceans and the swimming speed and height of water fleas. Researchers earlier this year reported finding an association between sucralose exposure and oxidative stress in carp…..