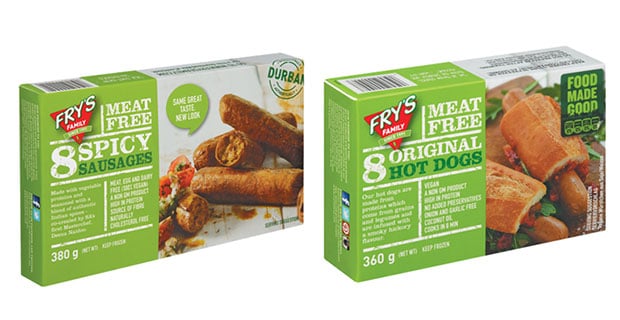 From a modest genesis, Durban’s plant-based food pioneers are now a global leader in the burgeoning vegan “meat” marketplace.

WHAT ARE THE best, the very finest ingredients for food product innovation – and, better still, for global commercial success?

Being way ahead of your time also helps. So does the trust that comes from working with a close-knit family, Tammy says. That makes for a winning combination.

Of course, working with family can be a double-edged sword and it isn’t always successful. Failures have been as spectacular as successes. In the case of Fry’s, it has been and still is a huge success.

Tammy’s parents, Wally and Debbie, established the business in 1991 from humble beginnings in the kitchen of their Durban home. Debbie was the vegetarian matriarch who soon persuaded her husband of the value of plant-based foods.

That turned out to be not only for human, animal and planetary health, but also a recipe for commercial success .

True to its name, The Fry Family Food Co remains a family-run business that produces products that are 100% plant- based and non-GM only.

From there it has been rapidly innovating its product lines and growing the business as the worldwide shift towards plant-based eating continues. So far, the company has enjoyed success in Australian and European markets, as well as Sweden, Singapore and Hong Kong.

The UK was the first country the company chose for export. Australia soon followed, where the Fry Family Food has had a strong presence for 18 years now, with Germany, Greece and other EU countries in hot pursuit.

The recent surge in global demand for meat-free alternatives has seen international demand for Fry’s products increase significantly. As a result the company is increasing distribution to more than 8 000 supermarkets, specialty and chain stores in 30 countries. This puts them well on track to achieve what Tammy says is their mission of inspiring people to follow a more plant-based lifestyle.

In October, Fry’s launched in over 500 Sainsbury’s stores in the UK. There is also a new relationship established with Costco in Australia and the opening of the US as a new market, with further expansion planned in that country in early 2019.

And as the demand for meat- alternatives shows no sign of slowing down, the Fry’s is expanding its product range and output.

Says Fry’s International Sales Director Shaun Richardson: “These additions make it possible for us to support international launches, building on our recent introduction of our products to Sainsbury’s and Costco.”

The company has a special focus on expanding and diversifying its product lines to cover much more than meat alternatives. These include ice creams and breakfast cereals that are 100% plant-based. Among them is a Kasha (buckwheat) product that is available in South African supermarkets.

There’s no getting away from the reality that veganism is an idea whose time has come.

“The statistics are incredible,” says Tammy. “There has been a 600% increase in adoption of vegan diets in the US and around 350% in the UK. That’s a massive shift in developed countries.”

There are no definitive statistics on the rise of veganism in South Africa. The country is only starting to see the beginning of veganism but it is taking root, she says. And Fry’s has seen upwards of 25% sales growth over the last year…..