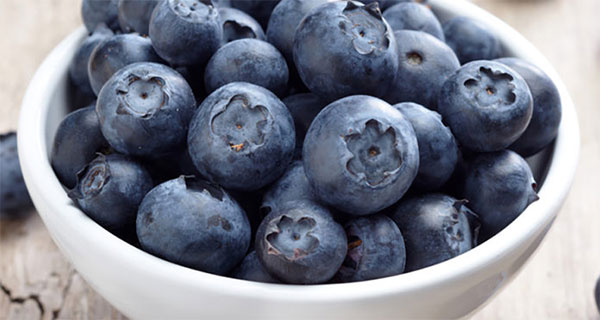 Blueberry farmers are cashing in on the superfruit trend that has seen health-conscious consumers flock to the healthy fruit, creating a R1.25bn industry for SA.

South African farmers have been hard at work keeping up with growing demand, with production of the coveted fruit set to increase by more than 80% in the next five years, according to the South African Berry Producers Association (Sabpa).

Limpopo and Mpumalanga will be the biggest contributors, with production in the two provinces expected to grow 136% and 102%, respectively, by 2025.

Sabpa spokesperson Elzette Schutte said: “The global hype around superfoods has been a significant contributor to the growth of our blueberry exports. Similarly, the growing demand for healthy snacks in an increasingly health-conscious world is a key driver of growth.”

The small blue-black fruit packs a nutritional punch and is prized for its health benefits, including its fibre, potassium and vitamins C and B6.

“Looking specifically at the berry industry, the value of blueberry exports makes this sector a critical one in the quest to increase export revenue in the agricultural sector. Blueberry exports grew from R15.8m in 2008 to R1.25bn in 2018, outperforming all other fruit industries,” she said.

Doubling in value every season

Schutte said the industry’s value has doubled every season for the past four years as new orchards come into production.

“If we can encourage this growth, there is no reason why we cannot make a significant contribution to [SA’s agricultural exports] R6bn goal well within 10 years,” she said.

Big international retailers are the biggest buyers of blueberries. The global market could be valued at $4.5bn (R64bn) by 2024, at an annual compound growth rate of 6.7%, according to Mordor Intelligence research.

SA exports 70% of its blueberries to countries such as the UK, Germany, Malaysia, Singapore, Saudi Arabia, the Netherlands, Ireland, Spain and the UAE.

But SA is yet to tap into the fast-growing Chinese market, whose blueberry imports had a 71% compound annual growth rate in 2017.

“The most recent Chinese data that we have indicates that blueberry imports grew from 2,482t to 12,327t in 2017. By contrast, blackberries and raspberries together only accounted for 15t of Chinese berry imports,” said Schutte.

At the moment SA does not export blueberries to China’s booming market because of that country’s one-fruit policy, which means that only one South African fruit is given access to the market at a time.

“In addition to only one fruit being granted access at a time, the processing of export protocols for each fruit is taking anywhere from 12 to 17 years each. At the present rate, blueberries could be finalised as late as 2045,” she said.

Schutte said Sabpa does not know whether SA has begun negotiations with China regarding berry exports.

Hettie Schönfeldt, a professor at the University of Pretoria’s Institute of Food, Nutrition and Wellbeing, said fruits earn their “superfruit” status due to the high nutritional value they have.

“Some fruits have high levels of natural polyphenols [micronutrients], which are known for their high antioxidant properties,” said Schönfeldt.

She said research has found that the flavonoids in fruit – molecules that provide health benefits – can help fight chronic diseases such as heart disease, some cancers and neurodegenerative disorders.

“The content of flavonoids vary tremendously among different fruits, which is one of the reasons for identifying some fruits as superfruits,” said Schönfeldt.

However, she pointed out that though some agricultural sectors describe their products as superfruits, it is usually part of a marketing strategy that has not been properly assessed scientifically, nor endorsed by statutory bodies.