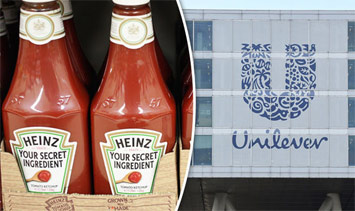 Kraft Heinz has withdrawn its proposed £115 billion ($143bn) offer for Unilever, claiming that the decision had been amicable after talks between the companies, reports The Times, UK.

An opportunistic attempt by Kraft Heinz to snap up one of Britain’s biggest companies passed its sell-by date last night after little more than 50 hours on the table.

The giant American foods group unexpectedly withdrew its proposed £115 billion offer for Unilever, claiming that the decision had been amicable and with little apparent appetite for taking on anything more hostile.

The surprise £40 cash-and-shares offer, announced at lunchtime on Friday and backed by the billionaire investor Warren Buffett, was quickly rejected by the Anglo-Dutch maker of Marmite and Magnum ice cream as undervaluing the company and having no financial or strategic merit.

At the time, Kraft Heinz had indicated that it was prepared to work with Unilever to reach agreement on the terms of a deal. However, last night there was a dramatic volte face as the two companies said in a statement: “Unilever and Kraft Heinz hereby announce that Kraft Heinz has amicably agreed to withdraw its proposal for a combination of the two companies.”

Separately, Kraft Heinz said: “Our intention was to proceed on a friendly basis, but it was made clear Unilever did not wish to pursue a transaction. It is best to step away early so both companies can focus on their own independent plans to generate value.”

The withdrawal will be seen as embarrassing for Buffett, whose Berkshire Hathaway owns 26.8 per cent of Kraft Heinz, and Jorge Paulo Lemann, the head of 3G Capital, the Brazilian private equity firm with a 24.2 per cent stake that has earned a reputation for cost-cutting at the companies it acquires.

Shares in Unilever, which surged by more than 13 per cent to £37.97 on Friday, are expected to fall back again this morning.

A source said that Kraft Heinz, best known for its Heinz baked beans and Philadelphia cheese products, had wanted a friendly deal with Unilever.

He said that the talks had been at an early stage when news of the approach was reported on Friday on FT Alphaville, a daily online news service, and the strong rejection by Unilever meant it was unlikely that an agreement would be reached.

Indeed, opposition to any deal quickly spread, amid fears that Kraft Heinz would load Unilever with debt to fuel growth while slashing costs, potentially threatening 7,500 jobs in Britain and hindering investment in the company’s leading brands.

Vince Cable, the former business secretary, urged the prime minister to resist the deal, while Iain Wright, chairman of the business, energy and industrial strategy committee, said: “Theresa May said she would restrict foreign takeovers that weren’t in the national interest. The government needs to use those powers now . . . to demand commitments on jobs and investment in production facilities.”

Why Kraft Heinz won’t stop until it devours Unilever – Fortune

Kraft Heinz’s $143 billion bid for Unilever was totally predictable. It was also a complete and utter surprise…..