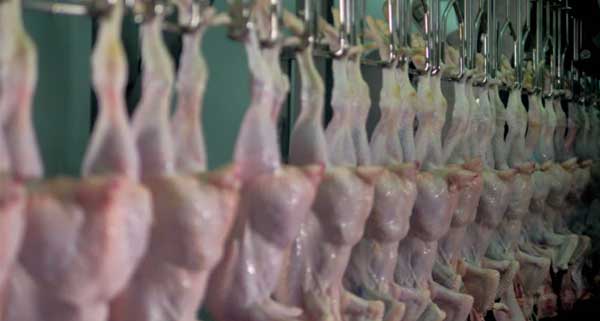 The company is not the source of the listeriosis outbreak, but has nonetheless tightened its poultry-handling standards….

Sovereign issued a media release on Tuesday morning quoting Health Minister Aaron Motsoaledi saying: “At this juncture, we cannot conclude that the abattoir is the source of the present outbreak.”

During a briefing in Pretoria on Monday Minister of Health Aaron Motsoaledi explained that the department had been conducting site visits and genome sequencing analysis to establish the potential causes and sources of the outbreak.

He said as a precaution environmental health practitioners visited Sovereign Foods’ abattoir to collect food samples. However, while these samples did not pick up the ST6 strain, the tests found other strains with the potential to cause disease.

“We can conclude that it has Listeria, which can cause illness and hence it was in the best interest of public health that the abattoir was prohibited from further preparing food pending the cleaning of the environment and meeting certain conditions given to them,” he said.

Motsoaledi told reporters that the department was still investigating the source of the outbreak. The minister said the genome sequencing analysis showed that 247 cases were clinical isolates, while 74 were food isolates. He said 91% of the isolates were ST6 type isolates, representing monocytogenes, the strain present in the current outbreak.

He said this finding supported the hypothesis that a single source of food contamination may have caused the outbreak from one or more food products at a single food facility. However, he said such a food product or facility had not yet been found definitively.

The Uitenhage-based poultry group said the City of Tshwane’s health department had removed its prohibition on the abattoir on Monday, following legal action initiated by Sovereign.

According to Sovereign Foods’ head of production, Blaine van Rensburg, public health officials had not isolated Listeria bacterium in their latest samples of its plant, and as a result were willing to lift their prohibition notice.

Sovereign acquired the Tydstroom abattoir located in Hartbeespoort from Quantum Foods for R120m in May 2015.

While Sovereign denied its Gauteng abattoir was responsible for the spike in Listeriosis deaths in the province, it said it was nevertheless tightening the facility’s health standards.

“Despite being declared clean and free of the Listeria bacterium, we are further strengthening steps to render products safer than they already are,” Van Rensburg said.

“It is important to note that South African law does not stipulate how, how often or with what you are required to wash the carcass. Typically you would expect to see a carcass washer after defeathering and in the evisceration line as a part of the process. Additional points would generally be considered above requirements,” Sovereign said in Tuesday’s  media release.

“We are now introducing five more washing points, and believe we are the first poultry abattoir in SA to introduce this system.”