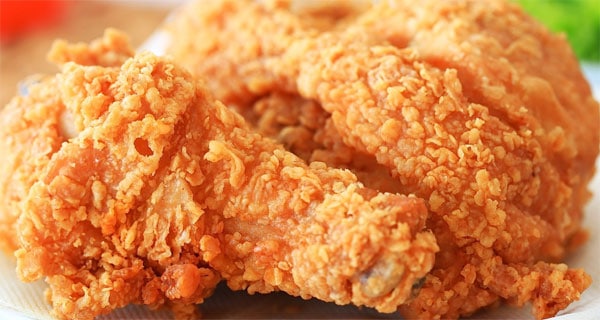 There is one constituency that won’t miss Doug Smart when he leaves his job as boss of KFC Africa at the end of June. Chickens.

Nearly 700 million chickens have met their demise via KFC in the five years Smart has been in charge.

Chicken is South Africa’s most consumed animal protein and while it remains the most affordable meat on the market, there is a strong lobby to have it zero-rated as part of a wide-ranging review of items on which no VAT is charged.

Should the Davis tax committee recommend the zero-rating of chicken, it would cost the fiscus R5bn a year.

The industry is a big contributor to the country’s tax take and that money would have to be found elsewhere – or spending would have to be cut in order to make it possible to keep price increases lower.

The stats around chicken consumption in South Africa are astounding.

Some 21% of those, or about 4.1 million, end up in fast food joints. This illustrates KFC’s dominance of the fast food market and why it has been so difficult for players like Famous Brands to make significant inroads into the category.

It tried about 15 years ago to launch another American concept called Churches, but quickly submitted.

It’s hard to compete with the dominant player when half of all chickens supplied to the fast food sector are sold over the counters of KFC.

The average broiler in South Africa will be slaughtered about 33 days after hatching. That’s the point where it reaches the industry’s targeted live weight. Left much longer than that and chickens cost more to feed than the weight they put on, and start to cost producers money.

To replenish poultry stocks, the industry needs to ensure 27.4 tons of chicken will be available to be delivered to market weekly. It is no mean feat.

In order to ensure that the industry is able to meet broiler demand, it needs to produce about 3.6 million hatching eggs daily. That’s an astounding 25.2 million a week.

There is a high rejection rate when it comes to the grading of eggs, says Astral Foods, one of the country’s biggest poultry producers. Chicks also have a high mortality rate in the earliest stages of their development, so it’s essential to produce substantially more eggs than the number of broilers required to top up stocks.

It doesn’t take much to cause an imbalance, hence the industry is heavily regulated to ensure disease outbreaks are minimised and that the machinery of chicken production can happen unhindered by crises.

In addition to the vast quantities of local chicken consumed in SA weekly, frozen chicken imports mean the equivalent of about 8 million birds are imported weekly from places like Latin and North America, where the bone-in darker meats are regarded almost as a by product of the more sought after breast meat.

Roughly half a bird per person, per week, 52 weeks a year. 26 whole chickens. That’s a lot of bird.