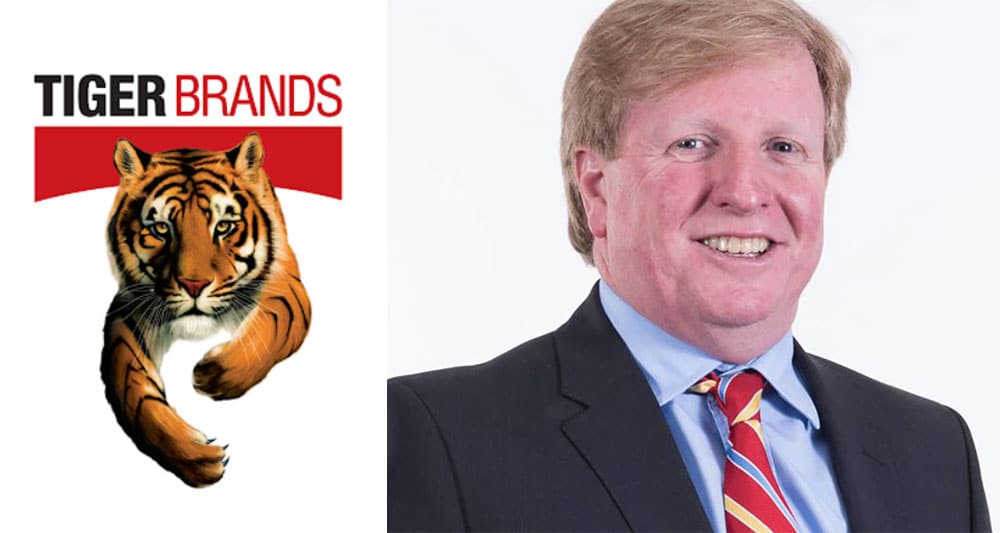 Tiger Brands has admitted that it didn’t get its act together fast enough for the challenging consumer environment that existed way before Covid-19 hit our shores in March, with the result that it was caught on the backfoot by the pandemic.

Here’s some context from Business Maverick’s Stephen Gunnion, and an interview with CEO Noel Doyle.

In the words of CEO Noel Doyle, its results for the year to end-September were “disappointing”.  While the first half of the year was bad, Covid-19 derailed any improvement in the second six months as it footed R450 million of Covid-related costs and faced other problems, including a dispute with a former Nigerian distributor that halted sales into that country.

Doyle only took the top job in February, replacing the retiring Lawrence MacDougall, so perhaps he doesn’t have to shoulder all the blame for Tiger’s positioning going into the pandemic. But he has occupied all the top posts since rejoining the group eight years ago, including chief operating officer and, more recently, chief financial officer.

One of the problems facing the group – now that it’s managed to sell the Value Added Meat Products (VAMP) business that was at the heart of the listeriosis crisis of three years ago – is pricing.

With consumers under pressure, they’re shopping down and replacing some of the fancier brands with cheaper alternatives and no-name brands.

To compete effectively in what it calls the ‘value economy’, it has to lower prices, which would affect profit margins that are already under pressure. While some brands like Oros, Energade, Doom and Peaceful Sleep are resilient, others are less so and are hemorrhaging market share .

It also has to adapt to new shopping habits, as it discovered during the hard lockdown. Local sales of staples like Golden Cloud flour, Fatti’s and Moni’s pasta, Ace mielie meal, and Jungle Oats perked up but its Snacks & Treats and Beverages divisions suffered as spending was diverted to essential items and customers made fewer shopping trips, reducing the impulse for import purchases.

Doyle says it tried to counter this by stocking larger pack sizes and multipacks on supermarket shelves.

The company is now reconfiguring its operating model and devolving more decision making to the MDs of its individual product categories so they can respond faster and more aggressively to changing circumstances.

It also plans to take out costs of R500 million going forward, which equates to about 1.5% or 1.6% of turnover. This will give it the opportunity to make some of its fancier brands more competitive.

While Tiger has had a reasonable start to its new financial year in the run up to Christmas, Doyle says it is preparing for the new year when the harsh reality facing consumers and the economy kicks back in.

An interview with the CEO of South Africa’s largest food manufacturer.

By being the largest food manufacturer, the financial performance of Tiger is a barometer of the SA economy and consumer spending. Its annual results for the year to September 2020 point to an economy deep in the doldrums; profit fell 73.2% to R1.03-billion, revenue from continuing operations climbed 4% to R29.8-billion and profit margins withered.

In this interview, Tiger CEO Noel Doyle talks about the impact of Covid-19 on consumers and how he’ll turn the fortunes of Tiger around.

Q. Since Tiger’s results reporting period, lockdown regulations have been substantially eased. Has there been an increase in sales of Tiger’s products?

A. The trading environment has been okay in the first seven weeks after reporting results. We have had some feedback about the bottom end of the consumer market. There has been a slowdown in spending as debt payment holiday programmes have come to an end and retrenchment packages are starting to run out.

We are quite apprehensive about where the consumer is going to be after Christmas. The reality of 2 million people that don’t have jobs is going to bite in January, and that’s why we are focusing on getting the pricing of our products right…..