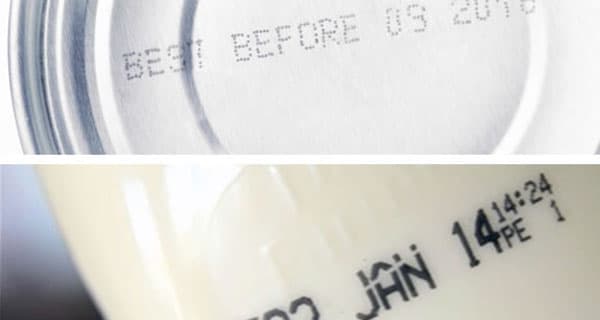 30 May 18 Should SA retailers do away with ‘best before’ dates?

UK retailer Tesco has announced that it will be removing “best before” dates from some pre-packaged products to combat food waste. Should SA retailers follow suit?

Tesco, one of the largest grocery retailers in the UK and the third largest in the world, recently announced it would remove “best before” dates from 70 pre-packaged products because customers were throwing away “perfectly edible” food before it was spoilt.

The fruit and vegetable products include potatoes, lemons, tomatoes and apples.

Citing confusion about the difference between “best before” and “use by” dates, the retailer said research had found less than half of respondents knew what those dates meant.

The move is seen as part of a global effort to reduce food waste, which is estimated to be between 30% and 50%. That, while more than a billion people in the world suffer from chronic hunger.

Global non-profit, Business for Social Responsibility, estimates that to feed a world of 9 billion people by 2050, to ensure people do not go hungry, and to safeguard food security, “significant changes need to occur throughout the current food system, from crop management and harvesting, to processing and consumption”.

It says around 30% or more of food is discarded in processing, transportation, the retail environment (supermarkets and restaurants) and people’s kitchens.

The rest happens before products even hit the shelves or fridges supply chain factors.

Food waste is not a Western problem alone: Dr Suzan Oelofse, principal researcher at the CSIR, noted in a presentation that food waste from local production only accounted for a 9.04-million tons a year – or 31.4% of average annual production.

In South Africa, one of the driest countries in the world, total water loss as a result of food waste in the country accounted for nearly 22% of the total water used for crop production.

That was in 2013, before the onset of the country’s devastating drought.

A 2016 study by researchers at Stellenbosch University monetising cabbage wastage found that it amounts to over R16-million a year, and wastes enough water to meet the needs of more than 195,000 people annually.

The study, published in the *British Food Journal, is the first research effort of its kind in the country to monetise wastage and to calculate the environmental impacts of a specific type of food after it has been harvested or produced. The researchers extrapolated about 103,000 tons of cabbage never ends up on a plate.

Tesco’s move has been welcomed by campaigners both at home and internationally. Food donation organisation, Oz Harvest, told news.com.au it was a “bold move” and encouraged Australian retailers to do the same, calling for a reassessment of food labelling regulations.

In South Africa, labelling changes need to come from the very top. Retailers and manufacturers are constrained by regulations that have been in place for a long time, Adele Krogh from Food Focus says, but the present definition of “best before” is from 2010.

“It was introduced in 2010 with Regulation R146 (March 1, 2010), which makes it compulsory to put date stamps on food with the exception of a few items such as unprocessed honey, unpacked meat, vinegar, sweets and fresh produce,” Krogh explains.

With high-risk products such as perishables, RTE (ready to eat, such as polony and pre-washed salad) products, it is for food safety reasons, so shelf life validation tests need to be done to confirm these dates.

“However, there is also a quality issue – quality can deteriorate and so brands will want to protect their reputation in this regard,” she notes.

Krogh says consumers often misunderstand date mark terminology and throw away good food, which contributes to food waste because they discard food that is still edible.

Your grandmother’s advice to conduct a quick sniff test, cut off the “bad bits” and toast stale bread is not all wrong. Sometimes though, food spoilage or contamination might not be perceptible.

I asked two of South Africa’s biggest retailers about their views on the Tesco food labelling issue:

David North, group executive of strategy and corporate affairs at Pick n Pay, said: “We are bound by South African legislation which requires date codes to be specified, and the circumstances in which best before, use by and sell by are required.”

Checkers said: “While South African labelling regulations do not require a date of durability to be displayed on whole fruit and vegetables, Shoprite Checkers does indicate a sell-by date on certain shorter shelf-life items to ensure timeous stock rotation in stores for quality control purposes and to minimise wastage. Cut fruit and vegetables carry sell-by dates in accordance with regulations.

“It is not viable for the retailer to predict the durability of fresh produce by using an indicator such as ‘best before’ after the item leaves its environment.

“Furthermore, produce may still be fresh when reaching a best-before date but many consumers may believe that the food should not be consumed after that date, which will contribute to wastage in the home.”

Checkers added that it would begin trialling the use of sell-by and use-by dates on its Ready-to-Cook convenience range, with a reduced price applied on the day the product reaches the sell-by date.

In the dark about date marks?

Best-before: These have nothing to do with food safety – they are only about quality. They apply to found mostly on shelf-stable foods such as canned goods, pasta, coffee and biscuits, are about food quality and taste, not safety.

While still safe to eat and often perfectly fine after the best before date, quality can deteriorate, so you might well find crisps are slightly soggy, biscuits are not as crunchy and coffee doesn’t taste as fresh.

It is not illegal to sell products past this date, but consumers would rightly expect discounts.

Use by: These are about food safety, especially once you’ve opened the package. They especially apply to meat products and other perishable goods.

Do not to eat food that has reached its use-by date. Products are no longer guaranteed for their safety.

Sell by: These dates are created by retailers and are intended to help stock management.

They show the retailer when the supplier wants the items removed from shelves and give consumers time to use the product after it’s been bought.

Products that have reached their sell-by date are still edible thereafter, provided the food is stored correctly.

It is not illegal to sell a product after the sell-by date.