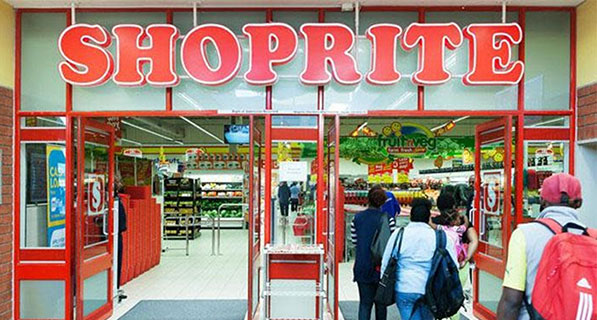 In an effort to gear up growth, Shoprite wants to move to smaller stores, closer to where its customers are.

It released a grim set of results this week; while its sales increased by 3.6% to R150.4-billion for the past year, its profits fell by almost 20% and its debt more than doubled to R8.1-billion. Its businesses in other African countries, particularly Angola, suffered from currency collapses.

Back home it lost market share, particularly to Pick n Pay, as a strike at its Gauteng distribution centre and the implementation of a new warehouse system caused a shortage of products.

Shoprite has recovered from these problems, but the economy remains in the doldrums and South Africans are not spending – which means Shoprite can’t hike prices. Almost 10,000 products at Shoprite were cheaper in June than a year before.

In a results presentation this week, it detailed some strategies to bolster its position:

“The Shoprite Group is considering smaller, more capital-efficient store formats across all its supermarket brands,” he said. While the traditional Shoprite stores are between 2,500m² and 5,000m², the “Shoprite Mini” stores are around 1,250m² to 1,800m².

These smaller Shoprite supermarkets as well as the Usave eKasi stores, which are built-in containers, have already “established viability and continue to scale”, he noted.

“These small-format stores offer a limited range of basic foods at everyday low prices to lower-income consumers and are often located in previously under-served communities in South Africa.”

The first container store was opened two years ago, in Spruitview, Gauteng. The stores are between 100m² and 200m².

Engelbrecht said the group is shifting from “explosive expansion to precision retailing”. This means it will focus on data crunching, to understand what products shoppers in specific shops are popular, and what products customers usually buy together.

Product lines will be simplified to cater to the needs of customers at specific shops, and products re-arranged to “simplify” their shopping experience.

“For example, the Personal Care departments in our new-look Checkers stores offer a curated product range tailored to the specific profile of that store and products which are frequently bought together, are merchandised together,” a spokesperson said.

Shoprite says it has scope to grow its private-label range – which is still below the industry average. Four out of ten shopping baskets at Shoprite now contain at least one private label product and 21 of its own brands are now worth more than R100-million each in annual sales. More than 1,200 new private label products were introduced in the past year.

Some of the new private label products expected this year are under its “Simple Truth” premium brand at Checkers and include free-range chicken and beef bone broths, vegan coconut milk ice cream, and gluten-free instant cereals.

Shoprite is still expanding its focus on premium food, “chasing the share of wallet of 1.9 million LSM 8-10” shoppers. Some 21 new Checkers FreshX stores are doing business, and it wants to open 80 of these stores. Sales at these stores jumped almost 9% in the past six months.

Shoprite wants to “monetise” the 22 million customers who visit its store every week, by “connecting” them to the brands in its store. This means that brands pay it to advertise their products in stores and online with promotions and ad.

Shoprite launched the first of its k’nect stores in recent months. The stores focus on money transfers (with rates starting from 3% to 100 countries), travel and event tickets insurance and cellphone devices and accessories. The stores also have “express tills” for accounts and bill payments, airtime and cellphone data, as well as buying electricity and Lotto tickets.