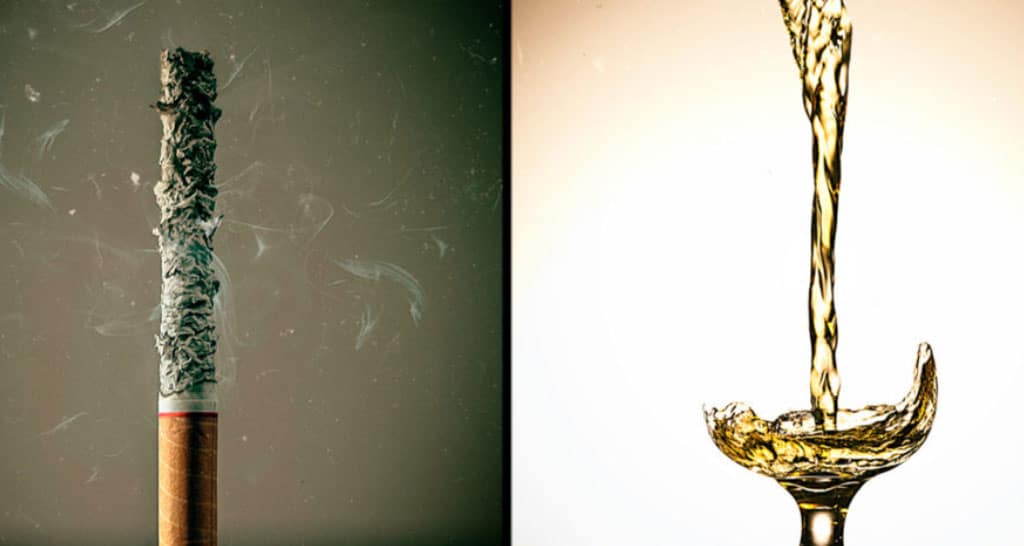 In its fourth week, the lockdown begins to loosen as people ripped from their freedom and plunged into an unprecedented era of prohibition get restless … A mighty row between grocery stores and overly zealous bureaucrats looms as shebeens and taverns step out of the boxing ring. For now. Does the end justify the means?

Every day, the term lockdown trends, as if it’s cool. Social media mavens add a number to it. On Sunday, it was #Lockdownday24. Terrified by the scenes of plague death in China, then Italy, then Spain, in London and in the US, South Africans at first welcomed lockdown, forgetting that it is a term from the world of imprisonment.

The hashtag trend is like high-fiving your own loss of freedom. In effect, we are imprisoned in our homes, subject to one of the world’s strictest lockdowns.

In a public health emergency, individual rights can be restricted for a common or greater good. In our case, the ends appear to be justifying the means as the virus has not grown as fast as the worst-case scenarios predicted. But how is the balance struck and when does lockdown power morph into an abuse of power?

Our founding President Nelson Mandela may have faced isolation and turned it into liberation for 27 years on Robben Island, but ordinary people are not made of such mettle. Around the world, the outer limits of human endurance are three to four weeks and South Africans are reaching a peak.

In response, the bureaucracy is tightening as a government fearful of getting citizen blood on its hands goes into overdrive. Are they going too far – is prohibition limiting freedom?

The terms of the South African lockdown were gazetted in terms of national disaster laws in March 2020 and then revised last week to take account of an additional two weeks that South Africa needs to test the true spread of Covid-19 among the mass population. The first three weeks appeared to be working as Health Minister Zweli Mkhize and Professor Salim Abdool Karim said last week, but another fortnight of home imprisonment was needed to see whether the viral curve would continue to flatten or spike.

In the interim, fast food retailers and restaurants are restive as their and the fast-moving consumer goods sector hits a downturn that could see their businesses go bankrupt and hundreds of thousands of people lose their jobs.

So, they have been lobbying government – along with the miners, the liquor industry, cigarette bosses and many others – to grant exemptions. To make the curve flatten, the health czars in Cabinet must retain the upper-hand and so most answers to requests for exemption are “no”. In fact, the government last week tightened restrictions, sometimes arbitrarily and by diktat.

In a briefing, Trade and Industry Minister Ebrahim Patel announced that hot food sales in retailers like Pick ‘n Pay, Woolworths and Checkers is forbidden. But, that measure is not in any of the regulations or amended regulations.

The @BizPortal account on Twitter, which belongs to the DTI, has sent out messages reinforcing the prepared food ban and it announced, but then deleted a ban on frozen foods too (both sale and transport).

The tweet said: “Prepared food is not allowed to be sold during the lockdown. Supermarkets are also not allowed to sell cooked food. If you know of one, please report them to the @SAPoliceService.”

It may be a tweet, but it’s not in any regulation.

And it is a stark raving bonkers requirement: Most food is “prepared” in some way and the original lockdown laws made food, as a category, an essential product. DTI spokesman Sydwell Medupi did not respond to Daily Maverick’s request for clarification on which law or regulation now prohibited prepared hot food.

It’s also a blind bureaucracy move: If you go to any hot food section, the people buying from them are usually health workers, police officers and the soldiers deployed to enforce the lockdown as well as the general working class. Young homeless people who use the traffic lights to earn something also buy (or get donations from), the hot food sections of these stores in the cities.

Hunger protests threaten mass unrest as people who have lost their wages (calculated at millions of people), go hungry.

This is on top of general food insecurity (there are 1,200 feeding schemes registered as non-profit organisations to give a scale of the problem), and this new prohibition can make things worse.

Woolworths, for one, appears to have had enough of it. The regulations are framed to prevent leisure shopping so any aisles deemed to be selling non-essentials, at the retailers, are crudely red-taped or swathed in black plastic – an exhibition of prohibition and an exercise in arbitrary power if you’ve seen one. (For example: you can buy tins of food, but not a tin opener).

The lawyers for Woolies, Webber Wentzel, went nuclear on the bureaucrats.

“The enforcement authorities are acting unlawfully in seeking to stop the sale of cooked food and confiscating food from the counters. They potentially face a significant civil claim,” said the lawyers in a letter displayed at all Woolworths stores.

“The lockdown regulations permit all grocery stores to sell essential goods. The first sub-heading under essential goods is headed ‘food’ and the first item under this heading is: ‘any food product, including non-alcoholic beverages’.

Gear for a different sort of food war as retailers take on the big prohibition state…..