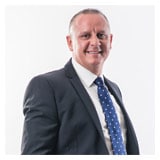 Pioneer Foods is the first confirmed corporate casualty of South Africa’s credit-ratings downgrade. The food giant has announced the collapse of a deal that would have created Africa’s largest consumer goods company.

Immediately after the announcement of the downgrade “everything just stalled”, Pioneer Foods CEO Phil Roux (left) said on Friday (21 April).

“Panic ensued and news flow was terribly negative abroad and consequently they [the multinational] advised that while they are a massive organisation they just cannot, given the state of investment required, deepen their risk in any shape, manner or form,” said Roux.

The share price of Pioneer, the second-largest fast-moving consumer goods group, fell as much as 7% after the announcement on Friday. The stock recovered somewhat to end the day 4.4% weaker at R169.

Roux, who is under a non-disclosure contract, could not name the multinational or the value of the investment but said that before the downgrade, the company was optimistic about South Africa’s prospects.

The parties had finalised 95% of the deal, including the contractual agreements and pricing.

As a result, Pioneer Foods curtailed six capital investments planned for the country “until confidence is restored with us as businessmen, that this is the place where you can get the desired return that you need”.

An investment in Eastern Europe?

In early March news broke of the deal when Pioneer issued a cautionary. Some industry pundits speculated that the transaction may involve a deal in Europe.

Anthony Clark, an equity analyst at Vunani Securities, said Pioneer had been looking at the Eastern European market, specifically Poland, which has similar trading and living standards measure (LSM) characteristics to SA and could be a base to expand into other regional markets.

“The Eastern European segment of the food manufacturing sector is like SA, you’ ve got a population which has great disparities, you’ve got a large lower middle class and you’ve got a very rich top class.”

Clark said the costs of operating in Eastern Europe were substantially lower than in Germany, France and the UK.

“As such there will be greater scope in building a regional presence and if you are going into Europe … you are going up against massive global brands.”

Clark said that Pioneer Foods would be happy to spend the R4bn it had as “easy cash kitty” on a transaction given its cash resources and its available debt.

South Africa’s foreign-currency debt was downgraded to junk by S&P Global Ratings and Fitch after President Jacob Zuma’s cabinet reshuffle, which involved the removal of finance minister Pravin Gordhan and his deputy Mcebisi Jonas from Treasury and the appointment of new Finance Minister Malusi Gigaba.

The downgrades came within a week of each other after Gigaba’s appointment, with Fitch taking the further step of downgrading South Africa’s local-currency debt.

Foreign investors “may be hesitant to invest in South Africa and that would be a depressant on M&A”.

However, said Cron, if the rand weakened in the near future South Africa could become an attractive investment destination for those who wish to take a “longer-term view of the country and continent”.

With economic conditions expected to get tougher, companies would struggle, which might offer buying opportunities to companies looking to expand or get into particular sectors.