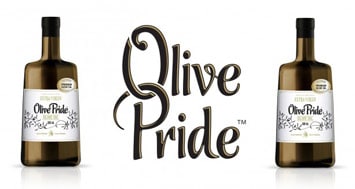 In a notable diversification move out of dairy, JSE-listed Clover Industries has announced it has acquired a 51% stake in olive and olive oil supplier, Olive Pride.

In a move to extend its capabilities into the food and ingredients sphere, AECI procured 100% of SCP, a Cape Town-based manufacturer and distributor of juice-based drinks and products, in 2015.

The company retains a 49% stake, while selling the majority for an undisclosed amount to Clover.  It has three years to wholly acquire Olive Pride.

According to the company, Olive Pride has a 37.5% market share of the South African olive oil category.

Under the new ownership, the two companies have formed a JV entity, Clover Pride, which will distribute, market and sell products under the Olive Pride brand. These include pitted and stuffed olives, olive oils, balsamic vinegar and seed and extra virgin olive oil blends.

According to a company spokesperson, Clover believes the turnover of the new business is expected to be around R100m.

Johann Vorster, Clover chief executive, said, “We are excited by this acquisition, which provides further momentum to our objective of expanding Clover’s value-added product offering.

“The Olive Pride brand shares many touchpoints with Clover, such as consistent high quality, great taste and continued innovation and development. We believe these synergies, coupled with our extensive distribution network and merchandising capability will have a positive impact on both companies.”

Dean Murray, chairman of SCP, has said  that while there is still much that needs to be finalised, he can confirm that he will sit on the new company’s board along with Clover’s Marcelo Palmeiro.

The transaction, which has already been approved South Africa’s Competition Commission, is scheduled to take effect on March, 1.

AECI CEO Mark Dytor said: “The brand division of SCP, through the Olive Pride trademark, has grown exponentially in the recent past.

“The newly formed Clover Pride will provide a very useful springboard for growth of the brand and its products, to the advantage of both shareholders.”

Hear more about the deal in this CNBC Africa interview with Johann Vorster, CEO of Clover.