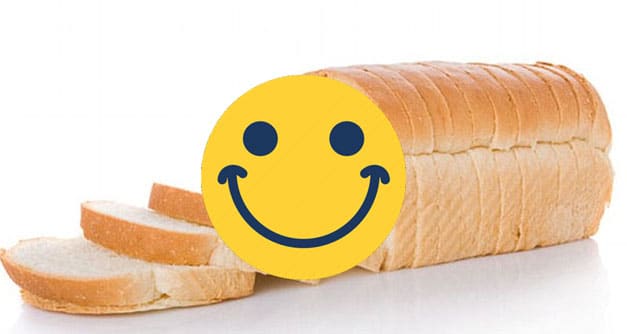 SA’s bread industry is celebrating official Dept of Health approval for the use of sorbic acid as a preservative. This is indeed big and welcome news for the sector.

It’s been over ten years since new ingredient technology emerged to allow the use of sorbic acid as a bread preservative, an advance that effectively allows bread to be mould-free to even 30 days (although 10 days is perhaps more normal in the SA context), reduce yeast levels and improve texture and taste.

EU and CODEX approvals were some ten years ago, and sorbic acid and its salt form potassium sorbate have been approved for decades in most other foods in SA.

Despite years of lobbying to convince SA’s Dept of Health: Food Control Directorate of the significant cost and functional benefits of sorbic acid, it was only in late February 2020 that the health minister signed the regulation, which then took another four months to be made official in a recent Government Gazette. Not before time either, considering the impact of Covid-19 on bread supply chains and the spectre of unnecessary food waste.

BN: Please explain the role of sorbic acid as a bread preservative.

BL: Sorbic acid is one of the most widely present natural preservatives in the world, with notable anti-spoilage properties. Despite its potential as a highly effective bakery preservative, it has not historically been used in bread as it halts the leavening action of yeast, leading to a reduced proof and so products with poor volume.

However, about a decade ago, a clever ingredient company in the UK called TasteTech – we have been the agents for them for about 20 years – pioneered fat-encapsulated, controlled-release sorbic acid that solves this problem, effectively giving breads a longer shelf life, along with several other benefits.

During the baking phase, when the yeast has done its bit, the lipid barrier material melts, releasing the sorbic acid and enabling it to perform its function as a highly effective mould inhibitor. Unlike propionic acid (calcium propionate), sorbic acid is neutral in taste and odour.

It was a brilliant innovation that has had regulatory approval worldwide for years now and is extensively used by industrial bakers of what they term the English loaf.

Please expand on these advantages…

There are both consumer and supply chain advantages. The modern consumer, particularly in a smaller family unit, wants high quality, long-life bread that’s not going to go mouldy after a few days. The bakery companies have ever more complex distribution chains with costly problems in delivery logistics, merchandising rotation, returns of “expired” or mouldy stock and food waste.

And there’s the brand value for bakers and retailers of a product that inherently holds quality, safety and shelf life.

So, this great new tech came about but South African bread bakers haven’t been able to access it, until now. Why ever not?

Pre-encapsulation, sorbic was not an option for bread and so it was never included in the old SA regulatory system. It has long been SA approved for use in most other food sectors – beverages, bakery confectionery, sauces, and so on.

Encapsulated sorbic acid was adopted by the EU in 2011 and then by the CODEX in 2012. Normally, SA as a CODEX signatory would be expected to duly follow CODEX in most regulatory issues.

From the date of EU and CODEX approval, we, and and industry bodies such as SAAFoST, FLAG (Food Labelling Advisory Group) and the Chamber of Baking, all pushed for SA approval. But the Department of Health had other, more pressing priorities.

Perhaps it’s a sign of the times that we have been selling encapsulated sorbic into other sub-Saharan African markets for years. Other countries were a bit faster in following CODEX. So we’re delighted that, finally, this has come through, and it certainly seems a timely remedy to supply chain challenges stemming from Covid-19 and the lockdown.

Not really. It’s really a matter of horses for courses, and for African markets we think that combinations of the two give the most cost-effective solutions. It’s an absolute ‘yes’ for the big industrial bakeries because of the multiple advantages.

For producers, there has to be a careful weighing of the added cost of such an ingredient versus the often-neglected full evaluation of costs. Not just “cost per loaf in the factory”, but looking at the total picture of supply chain costs such as the possibility of less frequent deliveries and the punishing costs of returns and wastage. Sorbic acid is actually a fantastic insurance policy against mould.

Studies done by Campden Chorleywood RA in the UK have shown that sorbic acid can reduce the yeast requirement by up to 30%; but in SA we believe this is likely to be more around 10-15%.

Smaller in-house bakeries or deli bakeries might see its value with some products, but probably don’t need its shelf-life properties as compared to those outfits who have long distribution chains.

Sorbic Plus, the name of our product from TasteTech, is perfect for sliced and packaged bread, bagels, gluten-free products, premixes, part-baked bread, pita breads, etc.

With this news now out in the industry, has your phone been ringing madly?

Yes, it’s been a bit crazy. It is perhaps the most energetic response that I have seen in years. There is a very high level of activity – sampling, testing, etc.  The “mouldy bread season” starts from about September (hot and humid), so testing has to be completed now.

We are fortunate that we have been selling the product for about 10 years already, so have experience from other markets.

“Some of the major SA bakeries did their trials and approvals over five years ago, so have an initial advantage over their slower competitors.

“Controlled Release” technology from TasteTech was likely ahead of its time, and is now coming into its own.

Other examples of such controlled-release ingredients that are widely used in the food sector include the use of encapsulated acids and sweeteners to vastly extend chew time in gums, encapsulated salt to eliminate unwanted reactions with other ingredients in meat brines and slow-release caffeine in energy and sports products.

On 19 June 2020 the Minister of Health approved that the baking industry may use sorbic acid in the production of all bread types in South Africa.

The Minister actually signed the Notice on 26 February 2020 and it took almost four months for it to be published – which is understandable given the volume of State of Disaster legislation that had to be printed.

The relevant piece of legislation, Notice No 681, falls under the Foodstuffs, Cosmetics and Disinfectants Act, 1972. The permitted quantity is up to 1 000mg/kg.

“This decision is welcomed by the baking industry in South Africa, which has long been lobbying for the industry to be able to use this highly effective preservative which is widely used world-wide,” says Geoff Penny, Executive Director of the SA Chamber of Baking (left).

“One of the issues that the industry is now having to deal with is changed buying patterns and matters relating to food insecurity arising from the coronavirus state of disaster.

“Initially, panic buying happened, but that did not impact short shelf-life products as much as it did products with a longer shelf life such as maize meal, flour, sugar, rice, etc. But what is happening now is that consumers are buying less frequently to comply with lockdown directives from Government.

“In the case of bread, consumers have increased purchase quantities as they reduce frequency of trips to shops. This places pressure on the industry to be able to produce bread with an increased shelf-life before it develops mould. The solution to this problem is the use of sorbic acid as a preservative.

“Our appreciation to the Department of Health for approving this most timeous piece of food legislation.

“I must also make mention of the important leadership role played by Anchor Yeast in this process, primarily through our Technical Committee which is chaired by Jeannette Rosewall, Business Manager: Cereal Enzymes at Anchor Yeast.