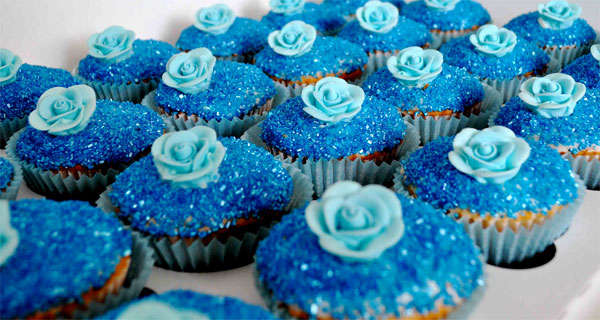 You probably wouldn’t dream of eating the glitter sold in stationery and craft shops‚ but it’s now alleged that almost all the glitter sprinkled on iced cakes has no business inside a human body either.

Consumer champion, TimesLIVE journalist, Wendy Knowler, has investigated cake decorations following an alert issued July 10 by the UK’s Food Safety Agency about the entire range of products made by South Africa’s most prominent cake decorations company, Rolkem, based in the Magaliesberg near Pretoria.

Confusingly‚ the labels say “non-toxic”‚ which leads many bakers and consumers to believe that the glitter is edible.

Such concerns are not new. An admission by a contestant on the Great British Bake Off TV show in 2012 – that she didn’t know if the glitter she was liberally sprinkling on her cupcakes was edible or not – went on to make glitter one of Britain’s top 10 food safety concerns.

Two years ago the US’s FDA issued a warning about non-edible decorative glitters and dusts being promoted for use on foods‚ saying there was no difference between craft glitter and “non-toxic‚ decorative” cake glitter.

South Africa’s health authorities have yet to take such a stand‚ and there is relatively little awareness among bakers and consumers about the fact that most cake glitter on sale in baking goods stores is a form of plastic, asserts Knowler.

But it’s not just the composition of cake glitter which is now called into question – it’s all products used to create “edible” decorations‚ including colouring powders‚ dusting powders‚ gels and gold and silver leaf.

Last week the UK’s Food Safety Agency dropped a bombshell on the global baking industry by issuing an alert about the entire range of products made by Rolkem‚ saying the company had “failed to provide assurances of product safety”‚ and thus there was a potential risk that they could contain heavy metals‚ unapproved non-food pigments and/or other unapproved ingredients.

Earlier this year a batch of two Rolkem gold products were recalled from the UK market after being found to contain high levels of copper. Those batches were not sold in South Africa.

Rolkem CEO, Andries Kemp, said the Food Safety Agency issued the alert because the company couldn’t meet the “unrealistic” deadlines imposed on it to produce test certificates for its 400 products.

“We shall supply the test certificates to all our stockists locally and internationally as soon as we receive them from the laboratory‚” he said. “We are confident that all products will test clear.”

Pinetown-based baking supplies retailer, Bake-a-Ton, has since put a notice up in its store advising the following about all Rolkem products: “Until such a point, as our suppliers can provide proof of food grade certificates we do not recommend these products for use as edible in your baking and decorating.”

Message not getting through

Despite Rolkem and other local manufacturers insisting that they stipulate that the glitter should be applied only to decorations which are removed before the cakes are eaten‚ it would appear that that message has until now been very poorly communicated between factory and retail shelf.

A staff member at Durban baking goods supplier, Party Themes, told Knowler that the cake glitter is “fine to sprinkle on icing‚ but you just mustn’t eat it from the pot”.

When food technologist, Kate O’Dowd, asked Cape Town-based baking goods supplier, Barco, for a break-down of its “Flitter” glitter product‚ on behalf of a friend wanting to add glitter to a lip balm‚ the company sent her an email describing it as “non-toxic and for removable cake decorations and crafts only” and listing the ingredients as polyester (90 – 95%) aluminium‚ epoxy resin‚ chromium and dyes.

“The reason for this is that glitter currently sold in SA is made of very thin plastic and as such, it is not a product that can be absorbed by the human body‚” Barco co-owner, Kevin Ritchie, told O’Dowd.

“Should it be swallowed‚ it will simply pass through the body same as a Lego block would.”

“I was flabbergasted,” O’Dowd said. “I don’t think many people realise those glitters which we see on so many cupcakes these days are actually plastic. And I’ve never seen anyone picking it off.”

Non-toxic glitter may not kill you‚ but don’t eat it – that’s the advice of Dr Zhaoping Li‚ professor of medicine and chief of the Division of Clinical Nutrition at the University of California‚ Los Angeles. “At least not regularly or large quantities‚” he says.

Wayne Sher‚ owner of Jo’burg-based cake decorations company, Aragon‚ has been very vocal about the misuse of inedible‚ non-food grade cake decorations: “People throw these products all over cakes and then eat them‚ and they have no idea that they are really not a food item‚” he said. “They have a right to know!”

Some suppliers call their inedible decorations “food touch safe”‚ the word “safe” inspiring consumer confidence‚ and creating the impression that they are edible‚ he said.

Sher’s sentiments are shared by Ian Yoell of Cape Town‚ whose company Nicoletta produces a range of food-grade shimmers. He regularly has products on the local market tested by an independent lab‚ and they are invariably found to be plastic.

“So far we have found no brightly coloured glitter that can be backed up with food-grade certification from a reputable certification partner‚” he said.

“The fact that they are sold in baking shops and labelled ‘non-toxic’ or ‘food contact safe’ does not absolve the brand or the store selling the product of their responsibility to look after the consumer.

“The product should not be eaten‚ it should not be used on products that are going to be eaten! It is that simple‚” he said. “And what research is the claim ‘non-toxic’ based on‚ if any?”

Yoell has raised the issue with the health department‚ at both national and provincial level‚ many times since 2014‚ to no avail.

“I have chased‚ nagged‚ sent as much information as I can but eventually gave up as I was getting no response from them‚ or at least no response of any value‚” he says.

Jul 10, 2018 – Since that recall, the Food Standards Agency (FSA) and Food Standards Scotland (FSS) have made concerted efforts to ascertain an accurate …