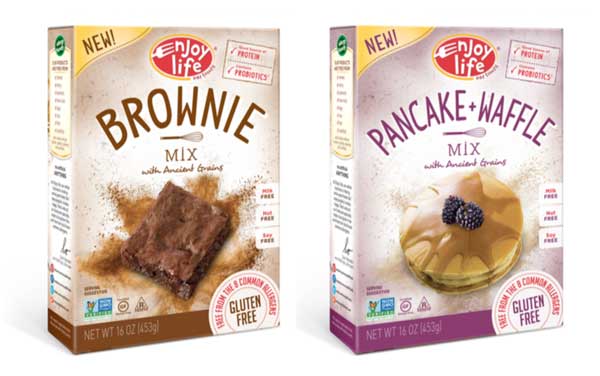 17 Jul 17 Probiotics with your pizza? 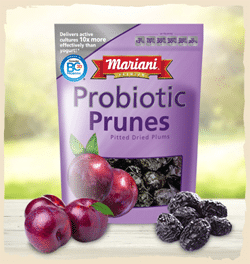 The number of food products in the US making a probiotic-related claim has nearly tripled to more than 500 in the last five years, according to food market research firm Innova Market Insights.

The additions come as consumers are looking for medicinal, in addition to nutritional, benefits from their food. “People now want food to be functionally formulated, not just delicious,” says Elizabeth Moskow, culinary director for food consultancy Sterling-Rice Group in Boulder, Colo.

Many stores stock the probiotic-infused foods, but some retailers filter the offerings, skeptical of some of the claims that otherwise less-healthy foods may make.

The new food introductions reflect a growing consumer interest in gut health and the belief that the microbial composition of the intestines can foster good health outcomes.

The impact of probiotics on digestive health is well documented, says Robert Hutkins, a professor of food science at the University of Nebraska-Lincoln.

For instance, a 2014 study published in the journal Vaccine looked at 500 hospital patients who were suffering from antibiotic-associated diarrhoea. Those patients who received the highest doses of probiotics showed the most symptom relief compared with those patients who got more moderate doses or none at all.

The benefits of probiotics on other body functions, from sleep to stress, however, are less clear.

Ganeden began selling a branded spore-forming strain of probiotic bacteria called GanedenBC30 to food and beverage manufacturers in 2008, when it had eight natural-foods customers. Today nearly 800 food products are pitching BC30 as a probiotic ingredient, chief executive Mike Bush says.

He argues that the health message pays off. It can cost a company 3 to 4 cents a serving, which might then mean the consumer pays an additional 6 to 8 cents a serving

Compared with the cost of taking additional supplements, “it’s a pretty minimal investment,” he says. A 45-day supply of Bayer TruBiotics supplements costs about $30.

Some food scientists argue that, unlike strains of Lactobacilli and Bifidobacteria, which are more documented in scientific research and typically appear in yogurt, there are far fewer studies on spore-forming varieties now appearing in so many foods.

“The industry is introducing them into foods far faster than the clinical research can keep up,” says Prof Hutkins.

Mike Bush says the company’s probiotic is recognised as safe by the FDA and has appeared in 26 pieces of published research since 2009.

Earlier this year, the International Probiotics Association worked with the Council for Responsible Nutrition, a trade association for the supplements industry, to establish voluntary guidelines on labeling, stability testing and storage recommendations.

In February, representatives from the association met with FDA officials to present its guidelines. “We want them to know the industry is doing a good job of setting good standards and self-policing,” says Ganeden’s Bush, who is president of the probiotics association’s board of directors.

FDA spokeswoman Lyndsay Meyer says that the agency “encourages dietary supplements manufacturers who have questions about their products to meet with the agency”.

Still, some retailers, such as Whole Foods , are cracking down on suppliers it says try to pitch more foods as good for you because they contain probiotics.

“We would see a cheese pizza with added Bacillis coagulants marketed as a health-enhancing food to consumers when it was relatively high in fat and sodium,” says Joe Dickson, Whole Foods Market’s quality standards coordinator. He says the retailer works with suppliers to make sure the nutrition label is kept in check even with the addition of a probiotic. 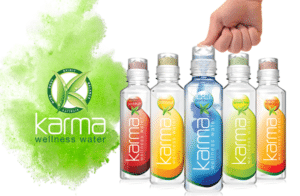 The probiotics have also inspired new packaging. Karma Probiotics Wellness Waters have a special cap that allows consumers to push the powdered probiotic into the beverage when they are ready to drink from the 18-ounce plastic bottle.

Dan Johnson, a 30-year old pastor in Durham, NC, says he tries to consume some form of probiotics every day to help with digestion. He likes the Wellness Waters, because it helps reduce the amount of sodas and sugary drinks he consumes. “I try to drink one of those a day,” he says. “It has certainly helped my issue.”