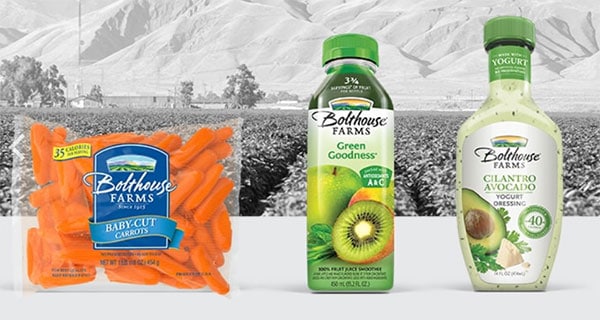 Campbell Soup has announced it will sell its Bolthouse Farms business to an affiliate of private equity firm, Butterfly Equity, for $510-million, in the US food company’s first major sale as part of its plan to reduce debt.

With the completion of deal, expected by July 2019, Campbell will have divested its entire fresh division, it said. In February, it agreed to sell salsa maker Garden Fresh Gourmet to a unit of Fountain of Health USA, which makes hummus, dips and prepared salads.

Butterfly said its operating partner Jeff Dunn will take the role of chief executive officer at Bolthouse Farms, where he previously served as president and CEO between 2008 and 2015.

Campbell bought Bolthouse, known for its fruit juices and packaged carrots, in 2012 for about $1.55-billion in a push to add healthier products to its portfolio.

The business, however, has struggled in recent years, with issues ranging from farming missteps to the recall of 3.8 million bottles of protein shakes due to possible spoilage.

The fresh food unit along with Campbell’s international business, has been up for sale since August after the company was pressured by investors to boost its profitability and stock performance.

The packaged foods maker said the proceeds from deal would help reduce debt by about $570-million and that the transaction is not expected to impact the company’s fiscal 2019 forecast.