While popped snacks are gaining considerable attention as one of the up-and-coming sectors of the bagged snacks market, there still appears to be some mileage in the traditional popcorn market, both in the US and Europe, reports Innova Market Insights.

Gourmet lines, already established in the US, are starting to make their way across the Atlantic, bringing a whole raft of more complex flavours and moving the sector away from its traditional “cinema” image and a simple sweet or salty flavour choice.

Global launches of popcorn recorded by Innova Market Insights rose over 8% in the 12 months to the end of June 2014, equivalent to just 5% of total snacks launches over that period.

The US was the leading individual country in terms of launch numbers, reflecting the size and maturity of its market. It accounted for over 20% of total introductions, but this was behind Europe, where the large number of countries involved took its share to 36%.

“Ready-to-eat popcorn has been one of the fastest-growing sectors of the snacks market in many countries in recent years, having had something of a makeover to promote healthier, clean-label snacks in a wide range of increasingly sophisticated flavours,” says Lu Ann Williams, Director of Innovation at Innova Market Insights.

Over half of the popcorn launches recorded globally in the 12 months to the end of June 2014 were positioned on a health platform of some kind, rising to over 78% in the US. Naturalness was the key area of interest, with over 28% of global launches using either a natural or additive-/preservative-free positioning or both, rising to over 30% if organic claims were included.

In Europe, there has been considerable activity in the market over the past few years. The UK saw relaunch of the market-leading Butterkist brand in 2012, now featuring savoury as well as sweet variants, plus the return of Cadbury (previous owner of the Butterkist brand).

A raft of new entrants has also appeared, including specialists, well-known brands from other sectors of the snacks market, perhaps most notably Walkers Sensations, and retailer own-labels. 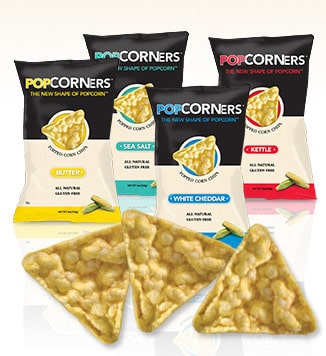 Interest from existing snacks brands was also evident over in Continental Europe, where German snacks market leader Intersnack entered the microwave popcorn market in 2012. They followed this with the 2014 introduction of its ready-to-eat Pop Corners products, shaped like tortilla chips and claimed to be the first popcorn product with corners.

“While the US popcorn market is very well developed,” Williams notes, “this is not the case in many other countries and regions, notably Europe, so there are considerable opportunities.

“While the traditional popping corn market is unlikely to catch on because of its relative inconvenience to prepare and the need for cleaning up afterwards, microwave popcorn offers fun, convenience and a fresh, hot, home-made product for sharing among family and friends and different age groups,” she concludes.
Innova Market Insights, www.innovadatabase.com