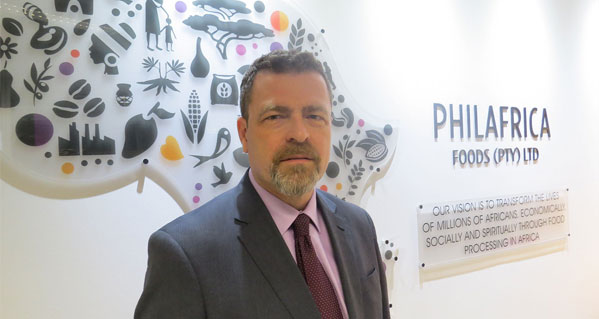 Asked by just-food.com if Philafrica Foods, so far focused more upstream, could make more deals in packaged foods, Roland Decorvet (above), the former Nestle executive who now heads the Centurion-based business, said: “The answer is yes but [it is] a bit too early to mention more as things are in the pipeline so far, both in SA and Africa.”

Philafrica Foods, set up last year as part of a corporate restructure of Africa-focused agribusiness AFGRI Group Holdings, has 12 processing factories – seven mills for animal feeds, four for maize and wheat Mills and one oil crusher and refinery.

Pakworks buys Philafrica’s yellow maize for its production of snacks. Earlier this month, The Competition Tribunal of South Africa approved Philafrica’s move for Pakworks and for an affiliated sales entity, Zutco.