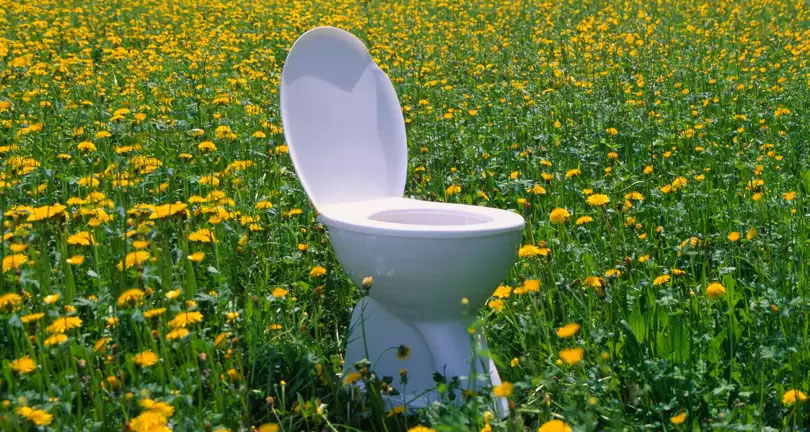 15 Oct 20 ‘Peevolution’: feeding the world with our liquid gold

A French startup has developed a urine-powered super-fertiliser, far better, greener and cheaper than current options, part of a drive to figure out how humanity can better design its sanitary systems to recognise our urine for the amazing resource it is.

In a brightly-lit laboratory in the south of France, nestled between fields of wheat and sunflowers, bottles of human urine are gently jiggling around in an incubator. In a warehouse next door, 1,000-litre vats of the amber liquid are stacked ceiling-high while they wait to be processed. Welcome to Toopi Organics, the startup that wants to turn pee into profit.

It’s no secret that urine is full of useful chemical elements — nitrogen, phosphorus and potassium, all of which help plants grow. Kanye West knows it: his new compound in Wyoming will reportedly feature a “urine garden” nourished by the pee produced onsite.

But what’s being dreamed up on this quiet French industrial estate is on a different scale altogether. The eco-entrepreneurs behind Toopi are calling for a “peevolution”: a wholesale reassessment of how societies think about urine. Far from flushing it down the drain and spending billions a year treating it,

Toopi is part of a movement that hails pee as an extremely valuable resource – if only they can get their hands on enough of it.

Like all good origin stories, Toopi started with a frustrated porta-loo manager. It was 2018, and Matthieu Préel was venting to his friend about how difficult it was disposing of the human urine he had on his hands. “He was telling me how annoying it was to have to pay all this money to dispose of all this pee,” says Michael Roes, Toopi’s co-founder. “Préel said to me, ‘Do you have an idea for something we could do with it?’”

Roes knew exactly what he could do with all that excess urine. Already the manager of a fertiliser company, he was well aware that it could be used to feed and nourish plants. The problem was that you needed vast quantities of pee.

Urine contains just a fifth of the nitrogen found in a bottled fertiliser you might buy in a garden store, and less than five per cent each of the potassium and phosphorus, according to a chemical analysis by the French researcher Fabien Esculier.

Roes’ challenge was to turn urine into a fertiliser that could actually compete with industrial products.

He began mixing urine with bacteria that he suspected would boost how much nitrogen, phosphorus and potassium from the pee that plants can access: azotobacter chroococcum, which helps crops assimilate nitrogen from the air, and lactobacillus plantarum, which helps the plants absorb nutrients and water.

“It seemed to work,” says Roes. Pee, it turned out, was a great culture for these microorganisms. The result was a kind of super-charged urine that, according to early testing, fares well alongside chemical fertilisers litre-for-litre, unlike pure, unadulterated pee.

Tests done in collaboration with the National School of Agricultural Engineering in Bordeaux found that Toopi’s fertiliser helped corn plants grow 60 to 110 per cent more compared to a mineral fertiliser.

The company has just opened its first site near Bordeaux, a chipboard-lined office of a dozen people with a vast production area next door. That space is currently almost empty, except for the huge tankers of urine and a tent full of tomato plants undergoing tests.

But Roes eventually wants to process one or two million litres a year here, in a process that involves warming the urine up in metal vats and shaking it around to help the bacteria grow.

“Wine-makers add bacteria to grape-juice to transform it into something else. We’re doing the same thing — but with urine,” Roes says…..

The first flush toilet, invented by Alexander Cummings in 1775, revolutionised sanitation. Drying urine could kickstart a second revolution in how we manage wastewater. If implemented worldwide, recycled urine could replace nearly a quarter of all the synthetic nitrogen fertiliser used in agriculture….