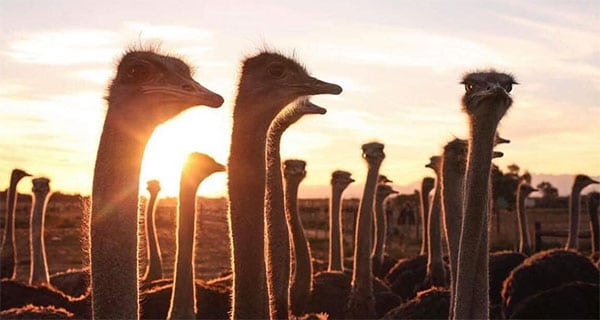 SA’s ostrich industry, centred on Oudtshoorn, has gone from boom to near bust over the past 17 years. The two biggest producers, Klein Karoo International and Mosstrich, are arguing that they need to be allowed to merge so that the industry can survive.

SA’s biggest ostrich product companies, Klein Karoo International (KKI) and Mosstrich, have turned to the Competition Tribunal to contest a decision by the Competition Commission to block their merger.

The tribunal began hearings on the deal this week after the commission, in December last year, prohibited it on the basis that it would lead to less competition in the industry. The companies, however, say the merger would save the industry.

Romeo Kariga, senior legal counsel for the commission, told the tribunal that the combined market share of the companies would be 94% after a merger.

“This actually leaves us in a world where the near monopoly is the one that is going to control the value chain of the entire ostrich industry, the meat, the leather and also the feathers.” 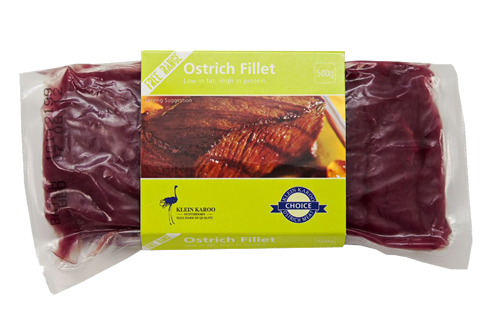 KKI and Mosstrich, which buy ostriches from farmers and slaughter them at their abattoirs, also have meat processing and packaging facilities. They produce leather at their tanneries. KKI also operates a feather processing facility.

Jac Marais a partner at Adams & Adams Attorneys, who is representing both companies, said without the merger one or both of the businesses face closure. This could lead to more than 1,000 job losses in Mossel Bay and Oudtshoorn, where their facilities are.

Today, only four abattoirs operate, half as many as eight years ago. The number of ostriches slaughtered has declined from a peak of 340,000 in 2002 to 123,000 last year.

The industry has also been ravaged by drought and periodic bans on importing fresh ostrich meat from SA due to outbreaks of bird flu. In April, the EU eased its latest ban to allow the import of pre-cooked meat.

Johan Schoeman, the acting MD of KKI, said the company was still developing the international market for pre-cooked meat.

As a merged entity, both companies said they would ensure staff retain their jobs on ostrich farms and in processing facilities.

Greta Engelbrecht, advocate for the merging companies, said the merger would not mean lower ostrich leather prices for the fashion houses of Europe or cowboy-boot makers in Texas.

“Nobody is contending that the merger will lead to lower prices for feathers for the Rio Carnival or Moulin Rouge costumes,” she said. “No-one is saying that the health-conscious Germans buying their ostrich fillet from Lidl, or British customers buying theirs from Tesco, will be paying any less. That is not the point of this merger.

“But neither is the point of this merger to drive up local prices. The point is to obtain the best possible return for the farmer and to promote the interests of the South African ostrich industry and those employed within it,” Engelbrecht said.

But smaller players are concerned a merger would muscle them out. Hennie van Zyl, director of Ostriland, said he feared it might affect the contract he has with Mosstrich for the use of its abattoir.

Pick n Pay, Woolworths, Spar and Shoprite did not respond to requests for comment on the likely impact of the merger on supply and prices.

But Engelbrecht said Woolworths and Shoprite-Checkers, which are the two biggest retailers of ostrich meat, do not have any concerns about the merger.

“Shoprite in particular says it can switch supply, especially because there is a relatively low demand for ostrich meat that can be met by alternative suppliers,” she said.

If the merger goes ahead, the new company would be called CapeKaroo. It plans to export 90% of its leather and feathers, 45% of its raw meat and 30% of its pre-cooked meat, and continue to supply the local market.