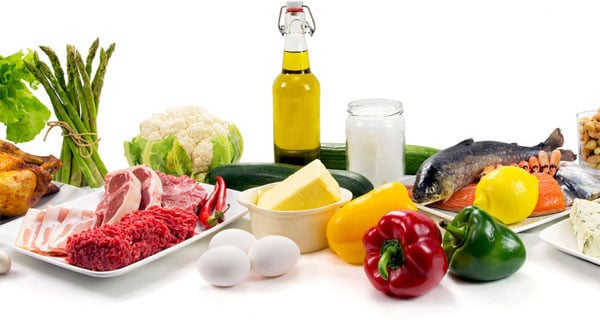 Diabetes is reversible. That’s the exciting conclusion of a study concluded at Indiana University Health. Its author explains…

Two hundred and sixty two patients with type 2 diabetes recently completed one year of a clinical trial examining the impact of a low-carbohydrate diet, which limits foods like grains and pasta while boosting consumption of healthy fats like avocados and butter. The diet didn’t restrict calories.

Using smartphone technology, health coaches worked continually with participants to guide them through the changes while physicians monitored and adjusted medications.

During the trial, a control group of 87 patients with diabetes received the American Diabetes Association standard nutritional treatment.

The results are in. A full 94 percent of patients on the low-carb intervention have been able to reduce or eliminate their need for insulin.  For six in ten patients, average blood sugar levels fell so low that technically, they had reversed their diabetes.

These findings are immensely promising for treating one of America’s deadliest, most expensive diseases.

Let’s be clear: Diabetes is a public-health emergency.

Today, more than 30 million Americans suffer from some form of diabetes – and that number has been rising for decades. The illness is the nation’s seventh leading killer, with serious side effects including heart disease, nerve and kidney damage, limb amputation, and blindness.  Last year alone, diabetes cost the country about $327-billion in medical bills and lost productivity.

Despite this staggering cost, health experts have mostly focused on managing the disease rather than reversing it. When newly diagnosed patients consult the ADA website, one of the first things they learn is that “there is no cure for type 2 diabetes, but it can be managed”.

“Management” usually involves multiple, costly medications. Indeed, medical expenditures for people with diabetes total about $13,700 per year, more than double the figure of people without the disease.

Bariatric surgery, the procedure that helps people lose weight by stapling, binding, or removing part of the stomach, has even become a “first line” treatment for obese individuals with diabetes.  This was once seen as a last resort, as it typically costs about $26,000 and more than one in six patients experiences complications.

Yet in 2016, the ADA led 45 international diabetes organisations to begin recommending the surgery as a standard treatment option.

That’s misguided. Plenty of research – including our own – shows that dietary adjustments can curb diabetes.

A smaller, 2017 study from University of California San Francisco found that 60 percent of diabetic patients put on a very low-carb diet were able to stop common medications for their condition at one year – and still had improved glucose control.

A 2008 study published in Nutrition & Metabolism found that more than 95 percent of patients on a low-carb diet either cut back on diabetes medications or stopped taking them entirely.

With conventional treatment regimens, results like these might as well be fictional. According to a study in Diabetes Care, only 0.1 percent of patients undergoing a standard course of treatment achieve complete remission.

Nutrition-centric treatment might seem radical for today’s patients, but it was once the standard approach. In the early 20th century, doctors recognised that people with diabetes had lost their native ability to process sugars. They were thus told to avoid foods high in carbohydrates.

That treatment fell from favour, however, with the commercialisation of insulin in 1922. Employing insulin, patients with diabetes could again consume carbohydrates, and when the US government launched its low-fat, high-carbohydrate advice via the dietary guidelines in 1980, those with diabetes fell in line with everyday Americans, eating bread and pasta with gusto.

Yet those early-20th century doctors were right. For those with diabetes, even a moderate carbohydrate diet often leads to a reliance on insulin at ever-increasing doses. The medication, in turn, leads to weight gain. And weight gain aggravates diabetes.

It’s a downward spiral. Yet this is, effectively, the official medical advice for any American with diabetes.

Critics worry that low-carb diets are too difficult. But in our study, 83 percent of patients stayed with it. With individualised support, it seems as if changing a grocery list is far less daunting then facing a lifetime of dependency on costly medications.

The science is clear. Reversing diabetes is possible – and should now be our goal.