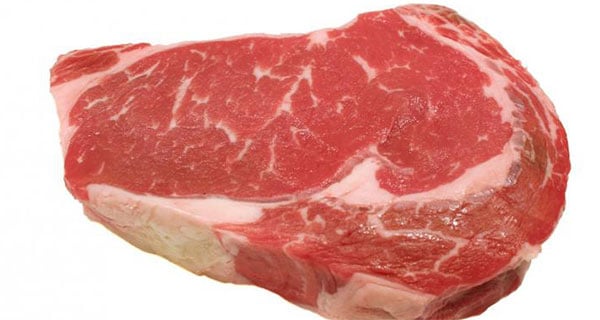 First and foremost, all living things have hormones in them. Hormones make our bodies and plants work.

Some hormones in plants are called phytoestrogens, much weaker than human-produced oestrogen, and they help the plants grow, make flowers and seeds.

But that is all I am going to say about plants and oestrogens. This blog is about animal hormones, most specifically about oestrogens.

Hormones carry messages to other parts of the body defined as organs, telling them to increase, decrease or remain the same in the production of their hormones.

It’s called the endocrine system, including parts of the brain like the thalamus gland and the pituitary gland. It also includes organs that produce the hormones that act on body parts, such as the thyroid, adrenal and pancreas glands, testicles and, yes, ovaries.

I always thought steers were implanted with oestrogen to make the meat well-marbled, but some of my feedlot friends say it is to help the steers convert feed into protein much more efficiently.

Either explanation works for me. I like my meat well marbled and sustainably raised.

But neither explanation will satisfy the grocery shopper looking for “raised without”, “no hormones added”, “no antibiotics ever”, “all natural” and “certified organic” labels.

So nothing, nada, zip seems to be the desire of many without even having an inkling of the effect such animal husbandry has on our lives, pocketbooks and sustainability.

Of course, the poultry companies do the beef industry no favour when their USDA Food Safety & Inspection Service (FSIS)-approved labels often state quite clearly: “raised without hormones” or “no hormones added” without adding that to use hormones in poultry would be illegal.

I publicly challenged one of the big three chicken companies as to why they utilise that misleading label. The answer was expected; “Because the other two do.”

When I was making a public presentation once, I tried to make the above point. A member of the audience actually rose and walked over to a microphone and asked: “If you don’t think they use hormones, how do you think those chickens have such large breasts?”

To be totally honest, if you eat meat from an implanted steer you will intake 42% more oestrogen than a steer not implanted with oestrogen. No argument here. Give your discussant this point, but move on and do not give in.

If you eat an 8-oz [226g] bone-in ribeye steak from an implanted steer, you will be digesting 5.1 nanograms of oestrogen. This is according to Dr Jude Capper, previously of Washington State University.

By the way, a nanogram is one-billionth of a gram; a teeny, tiny amount.

A pre-pubescent child, boy or girl, is producing 41,000 nanograms of oestrogen daily.

And an adult male, one who shaves daily and has pecs, produces 136,000 nanograms daily.

You see, the ovaries are not the only organs that manufacture oestrogen. The testes create some that is critical to a successful reproductive life, and the adrenal glands also produce some oestrogen in men.

Further, as men age and add fat cells, some testosterone is actually converted to oestrogen by an enzyme contained in fat.

So, ask your challenger what effect a miniscule amount like an additional 5.1 nanograms in an 8 oz steak will have on any of these examples of individuals in differing lifecycles?

I won’t even try and do the math to see how much beef one would have to eat to equal the daily production by our own body’s organs.

There most certainly would not be enough in my neighbouring Five Rivers feed lot to compete with a pregnant woman’s production during her nine months of gestation.

The truth about hormones in beef

The safety of meat from treated animals is assessed based on the acceptable daily intake and maximum residue limit in tissues. The results of various studies indicate that there are extremely low concentrations of these substances in meat from hormonally treated animals.

A more practical example is that the hormone content of one beer (340ml) is equivalent to about 10 steaks of similar weight each….