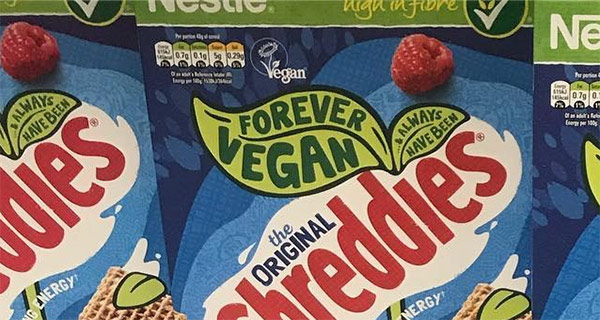 25 Feb 19 OP-ED: The veganism boom does more for food company profits than the planet

The UK bakery chain Greggs was offering free samples of its vegan sausage roll to early morning punters this week. A friend picking up a coffee declined the offer: “Didn’t seem right.” He is not with the zeitgeist on this one. [Great opinion piece from the FT…Ed]

The number of people in the UK identifying as vegan or vegetarian is rising; the rolls are a best-seller; and the moral high ground increasingly seems to be held by those with plant-based diets. Join them, we are told, and we can save our health and the planet at the same time. Will we?

The truth is that the jury is still out on this one. Take the environment. It isn’t a certainty that a vast increase in plant-based diets would solve all our environmental problems.

The carbon cost of industrial cropping is huge: by some estimates, up to 20 per cent of the world’s CO2 output is a direct result of ploughing. And not all methods of animal rearing are equal.

Grain-fed animals, raised in desertified feed lots, are environmentally harmful. But any farmer will tell you (I am married to one) that pasture-raised ruminants can help to store carbon in, and preserve the quality of, our vital top soil.

It also isn’t clear that a vegan diet is the most healthy one for most people.

There is a growing body of research pointing out that mixed diets could well be better than plant-based diets, particularly if those plant-based diets are high in both carbohydrates and heavily processed food. Note the success some researchers have had in reversing type 2 diabetes using high protein and high-fat, animal-based diets, for example.

Finally, the idea that veganism is de facto “kind to animals” needs a little challenge. Factory farming is horrible — and there is little excuse for the often-exposed cruelty of slaughter houses. But just how kind it is to eat only plants rather depends on which animals you care most about.

If it is just cows, sheep and chickens, fine. If it is all living creatures, things get a little complicated.

The huge volumes of pesticides used in most arable farming are not good news for the many small animals and insects that would thrive on, and nurture, farms should they have the luck to survive the plough (think worms, lizards, rabbits, spiders, mice, snakes, slugs, beetles and other insects).

There is no getting away from the fact that when it comes to eating — vegan, vegetarian or omnivore — we are all involved in killing.

If you care about each individual living thing, you should perhaps eat nothing but one-and-a-half organic pasture fed cows a year (I’m assuming 2,000 calories a day) rather than risk being complicit in the deaths of a great many more than one-and-a-half spiders in the course of living off grains.

Tricky, isn’t it? This is not to suggest that anything is settled morally, philosophically or even environmentally in either direction. It isn’t.

All these arguments have been made for decades and all are hard to quantify. But it is impossible to be clear that more vegans equal an unadulterated good for animals, people or planet.

But there is one group for whom the trend towards veganism is definitely a good thing: processed food manufacturers and retailers.

The past few years have produced something of a backlash against processed food. We are all a bit worried about our sugar intake; we understand more about how food with a high glycemic load might create insulin resistance; and we are increasingly suspicious of the low-fat product industry, given that the more low-fat food we eat, the fatter we seem to get.

What better time, then, for the industry to find itself with a whole new market into which to sell factory-made, processed food? One that, gloriously, is more ideologically and identity-driven than any other.

This is a marketing greenwash opportunity to beat all others. Create a good vegan product and not only can you virtue signal about it relentlessly but you can charge a feel-good premium, too.

In my local supermarket, Kellogg’s is selling a vegan granola; Nestlé’s Shreddies cereal comes with a green “forever vegan” banner across the top of the packet.

This is exactly why giant corporations are pushing vegan. It's just a marketing scheme for them. Take sugar, wheat, vegetable oils and make some kind of processed junk…but label it Vegan! https://t.co/1DGghoxHra— Nina Teicholz (@bigfatsurprise) February 23, 2019

In the meat aisle, you can get the Beyond Meat burger, a fully plant-based hamburger that “bleeds”. Finest British beef steak burgers cost £6.61 per kg. The fake burger (which is made mostly of pea protein) costs £21.81 per kg. How’s that for premium pricing?

There is also vegan chocolate, vegan cheese, vegan fish, vegan chicken and vegan ice-cream. The average price premium for these products is about 50 per cent, by my calculations — despite the fact that soy, mushrooms, peas and palm oil are surely cheaper ingredients than dairy and meat.

This is just the beginning. Supermarkets including Marks and Spencer, Tesco and Sainsbury’s all mentioned their vegan product ranges in their latest trading results.

Unilever acquired fake meat maker Vegetarian Butcher in December and is moving “towards a portfolio with more plant-based products”.

In 2017, Nestlé bought Sweet Earth, a California-based maker of vegetarian and vegan foods, and it is launching its own meat-free Incredible Burger this year. It expects its meat-free business to hit $1bn in the next decade.

There is no reason why food companies shouldn’t respond to demand. But those who are turning vegan in an effort to save the world might bear in mind that most of these processed, packaged and shipped products are likely to do more for food company profits than for the planet or your health.

The proof of that is in the pudding for Greggs. Thanks in part to the success of its vegan sausage rolls, the company reported a 14 per cent rise in sales in the first six weeks of the year. That might benefit shareholders, but is it doing any real good for the rest of us?