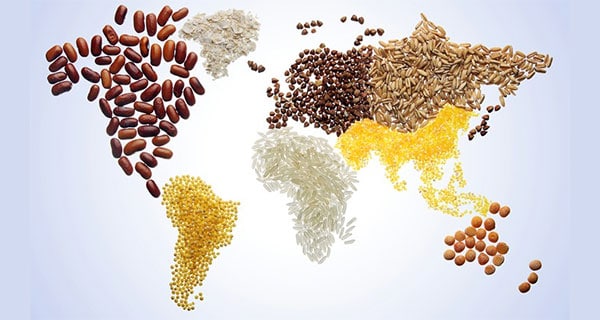 09 Jan 19 OP-ED: The global food problem isn’t what you think

Providing food security to the nearly 10 billion people who will inhabit the globe by 2050 is one of the key issues of the 21st century. Given that reality, you might think the international community would at least be able to agree on how to define the problem. Unfortunately, you would be wrong.

Gerald C Nelson, a professor emeritus at the University of Illinois at Urbana-Champaign and a former senior research fellow at the International Food Policy Research Institute, writes:

While a large part of the agricultural research establishment is focused on one aspect of the challenge — calories — another part of the scientific community is focused on a related but different one: adequate nutrient consumption.

To this point, the first group has driven the world’s agricultural research agenda. But a new study I co-authored with a group of international scientists and recently published in Nature Sustainability suggests that calorie fundamentalism is leading us down a dangerous path.

With a depth and breadth that goes far beyond previous studies, we made assessments for 158 different countries of the current supply of macronutrients, such as carbohydrates, protein and fat, and micronutrients, such as vitamins and minerals needed for good health, cognition and productivity.

We then forecast the country-by-country needs in 2050, when the global population will have increased by about 2.1 billion and when the economies of these countries will likely have expanded. Finally, to provide both best- and worst-case scenarios, we projected a future without climate change and one with extreme climate change.

Here’s what we found:

Under even the worst conditions, there will be enough food, if we define “enough” as meaning sufficient calories, on average, for everyone — with 2,000 calories per day as the standard requirement.

Of course, this doesn’t mean everyone will actually get enough to eat; it doesn’t mean that today either. Civil wars, poor roads and income disparities will likely produce hunger in 2050, as they do today. But helping these people is a question of access, not availability.

In fact, our research shows there will be more calories available per capita in 2050 than now. This is true in all five of the income quintiles into which we categorized the world’s people and even in the face of our extreme climate change scenario. Here’s why:

First, we found that the positive impact of income growth that is widely anticipated between now and 2050 overwhelms the negative impact of climate change. On average, people who need more food will be better able to afford it.

Second, the post-World War II Green Revolution efforts to boost the productivity of staples such as wheat and rice have been so successful that we are now awash in carbohydrates. And because so much has already been invested in improving the productivity of these crops, solid yield gains will likely continue for the next few decades.

The productivity enhancements have also made them more affordable relative to other foods that provide more of the other needed nutrients.

Our success with carbohydrates, however, has had a serious downside: a worldwide plague of obesity, diabetes and other diet-related diseases.

The World Health Organization reports that in 2014, there were 462 million underweight adults worldwide but more than 600 million who were obese — nearly two-thirds of them in developing countries. And childhood obesity is rising much faster in poorer countries than in richer ones.

Meanwhile, micronutrient shortages such as Vitamin A deficiency are already causing blindness in somewhere between 250,000 and 500,000 children a year and killing half of them within 12 months of them losing their sight. Dietary shortages of iron, zinc, iodine and folate all have devastating health effects.

These statistics point to the need for more emphasis on nutrients other than carbohydrates in our diets. And in this area, our findings are not reassuring.

Micronutrient deficiencies are a problem today even in the world’s richest countries and are widespread elsewhere. Our forecasts show these deficiencies are likely to continue under all scenarios and that climate change could make them worse in some regions.

Our findings thus point to the need for a course correction. While we prepare to adapt to climate change, which will likely produce major and somewhat unpredictable effects on future food supply, we must also prepare for the decades immediately ahead.

We must shift our emphasis from food security to nutrition security.

A major effort must be made to increase the productivity — the yield per hectare — of nutrient-rich foods such as fruits, vegetables, nuts, seeds and beans. By enhancing their productivity, we’ll make them more available and affordable. And we’ll see the benefits in a diminished obesity crisis and fewer victims of micronutrient deficiencies.

Agricultural research, however, generally takes years to pay off. It’s magic, but it’s slow magic. We need to start now.