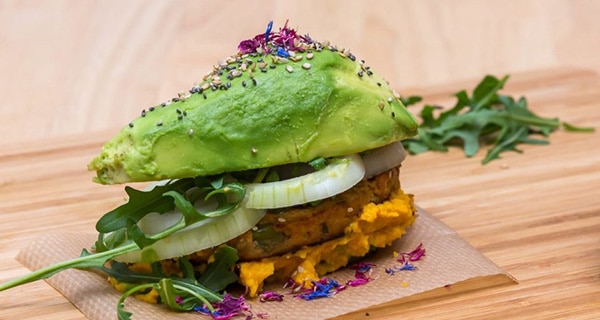 The world is going vegan – or at least an apparently consensus narrative on this is playing on a media loop. Excellent UK investigative food journalist, Joanna Blythman, is not impressed. Read on!

Meat has sustained populations around the world for 2000 years, yet it’s increasingly off the menu, denounced on a global basis as bad for animals, the planet and our health. The same, we’re repeatedly told, applies to all animal products – dairy, eggs and fish – and we should steadily eliminate them from our diets by transitioning down the plant-based eating path.

For a while, people who disagreed with this proposition – often farmers, or those with some hands-on involvement in food production – shook their heads and largely ignored the new-wave vegan chorus, in the mistaken belief that like other fad diets, it would pass.

It hasn’t. Those who see sense in eating animal products are increasingly portrayed as heretics, going against the flow of a righteous majority, represented by affluent urbanites. You’ll come across precious few proletarian vegans.

Latter-day vegangelism is a dogmatic, intolerant religion that grips the chattering classes.

From where did the extreme polarisation of omnivores and vegans come? For 30 years, like many omnivores, I worked shoulder-to-shoulder alongside vegans in campaigns against factory farming: declaiming mega-dairy farms, caged salmon production, battery hens, animal cloning and genetic engineering.

We disagreed on one key point: I would kill or use an animal for human food, and they wouldn’t. But, on almost everything else, we thought alike. 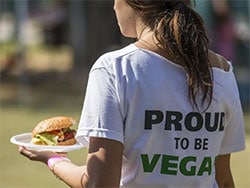 Then veganism went millennial. An influx of young people was radicalised online by extreme, emotive, radical animal rights propaganda from the US, through films such as ‘Cowspiracy’ and ‘What the Health’, that masqueraded as factual ’documentaries’.

These digital generations, more at home behind a laptop in a coffee bar than in the garden, kitchen or field, spent hours on social media pouring over context-free material, selected on a worst-case scenario basis, showing animal pain and torment. They were deeply disturbed by it.

Sensing mass recruitment opportunities, organisations such as PETA, Vega and a whole posse of more nebulous, near anarchist animal rights groups, have supplied them with a steady flow of simplistic, cherry-picked or fallacious – but easily quotable – statistics to reinforce the anti-animal cruelty message with what appear to be plausible environmental and health arguments.

Many millennial vegans, however well intentioned, have absorbed fake news through social media where the script of ‘animal foods are bad’ is never challenged. Mainstream media, which speaks to a broader church and an older demographic, runs the same ‘plant-based is best’ theme continuously.

In May, for example, BBC News, under its science and environment strand, ran a feature aimed at school students: Climate change: Answers to your most asked questions. It contained this statement, citing the seemingly authoritative UN Intergovernmental Panel on Climate Change (IPCC) as its source: “Buy less milk, meat, cheese and butter and more locally sourced seasonal food.”

Of course, in the UK, milk, meat, cheese and butter are our locally sourced food; they never go out of season. This muddled, logically inconsistent advice was a classic example of the Dunning-Kruger effect – that is, you don’t understand enough about a subject to know that what you believe to be true doesn’t stand up.

For the time being, it seems, there is no equivalent weight of air time to counter the dominant vegan food mantra, although the international blow-back from nutrition and emissions experts against the controversial Eat-Lancet diet, in which animal foods, irrespective of provenance and mode of production, are reduced to tiny amounts, has met with organised resistance.

In April, the WHO withdrew its support for an EAT-Lancet launch event in Geneva after its Italian ambassador raised concerns about EAT-Lancet’s lack of scientific rigour and the diet’s negative impact on human health and livelihoods.

But while the war of words rages, the enthusiasm of millennial vegans is being seriously dented for other reasons.

Although love for animals and environmental concerns are part of the vegan argument, the tantalising promise of a slimmer figure and glowing good looks has also been a central plank in its sales pitch to millennials, especially to young women.

Part of its appeal was its figureheads, what appeared to be an ever-lengthening list of celebs, bloggers and Instagram pin-ups, relishing their new plant-based, vegan lifestyles. But many have undergone a very personal reality check: the state of their health.

In February 2019, Tim Shieff, a prominent vegan YouTuber and athlete, who had appeared in anti-animal food ‘documentaries’ What the Health and Forks over Knives, publicly abandoned his vegan diet, citing “digestion issues, depression, fatigue, brain fog, lack of energy,” and “waking up stiff”. He attempted to heal himself by trying a fruit and herb fast, a high-fat diet, a high-carb low-fat diet, along with different supplements, but “overall there was still a general, slow decline” he said.

In March, an enviably beautiful, if worryingly thin, highly influential Instagram blogger who goes by the name of Rawvana, and who previously advocated a raw vegan diet, started haemorrhaging followers when she was ‘caught’ on camera eating fish.

Her ‘excuse’ for deviating from the vegan path was that she had been experiencing health problems: anaemia, no periods for years, hormones at pre-menopausal levels, yeast infections, digestive issues including small intestine bacterial overgrowth. This had forced her to add animal proteins back into her diet, she explained apologetically to her outraged fan base.

In April, actress Anne Hathaway revealed that she too was no longer vegan. “I just didn’t feel good or healthy…not strong,” she explained. “I had a piece of salmon and my brain felt like a computer rebooting.” And so, the worldwide drip-drip defection from the vegan cause goes on.

In May, Virpi Mikkonen, a high profile Finnish blogger and cookbook author with 164,500 Instagram followers, who championed plant-based eating, abandoned vegetarianism because it was ruining her health. “‘I felt I had run out of fuel, totally,” she says. “I was empty.” She is now particularly fond of bone broth and eats eggs – a major departure because she used to refer to them as the “miscarriages of chickens”.

It seems that millennial vegans are undergoing a human nutrition reality check.

It’s common knowledge that vegan diets are deficient in vitamin B12. This is why anyone eating this way is advised to take a B12 supplement to avoid serious health problems, such as pernicious anemia. But fewer people appreciate that a vegan diet, unless extremely carefully and knowledgeably composed, may also leave people short of other key micronutrients: retinol (preformed vitamin A); vitamin D3; vitamin K2; heme (the most bioavailable form of iron); and long chain omega-3 fatty acids (EPA and DHA).

Lack of protein can be an issue too. As one group of researchers concluded: “The nutritive value of vegetal proteins is lower than that of animal ones…In other words, an individual would need to eat more vegetal proteins to get the same level of nutrition as that offered by the animal ones.”

If the realities of human health is eating into the numbers of newly recruited millennial vegans, that raises the question of just how many vegans there actually are. The truth is that veganism in the UK remains a niche choice…..