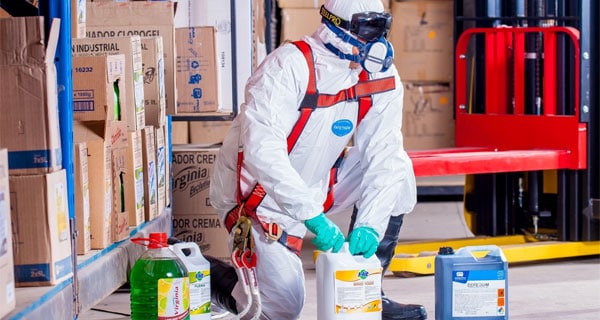 We have a love/hate relationship with artificial sweeteners. On the one hand, they’re brilliant because they allow us to have all of our favourite tasting drinks like Coke, Sprite, and whatever else the kids are drinking these days without worrying about all that nasty sugar. On the other hand, artificial sweeteners are not natural. They’re scary. They’re chemicals.

And it seems like all of our worst fears might actually be true. There’s a new scary study out that news sites from across the world have leaped on that apparently shows that artificial sweeteners cause diabetes. That’s pretty terrifying.

I work in diabetes research. It’s a terrible disease. Without significant lifestyle changes — and even often in spite of them — people often end up disabled and dying of painful complications. Diabetes is one of the nastiest chronic diseases around, and it’s definitely something you want to avoid if you can.

But don’t put down your Diet Coke just yet.

It turns out that this study might not mean anything to your health at all.

The usual thing I’d do when looking into a claim is go to the scientific literature and find the study. You can search Google Scholar, or Pubmed, or just poke around online until you find a link.

But this time, there’s actually not much point.

You see, the “new research” that everyone is talking about isn’t a peer-reviewed paper. It’s not even, technically, a paper at all.

The enormous, life-changing study that is terrifying people the world over was, in fact, a poster presentation.

The issue with poster and conference presentations in general is that they don’t always reflect the published research. They are preliminary.

I presented a paper last year at a conference that is about to be published, and in the 12 intervening months pretty much everything about it changed. You go out and get more data. You add a stronger literature review and modify your conclusions. There’s good evidence that unpublished research significantly overestimates how big the end result of the research will be, which makes sense because as I said it’s preliminary.

So at the very first hurdle, pretty much every news story failed. You should see a huge disclaimer at the top of every article saying “THIS IS PRELIMINARY”, but of course you don’t.

But what about the research itself?

Well, based on the 400-word abstract that is published online (like I said: PRELIMINARY), the researchers did some pretty cool research. They took a bunch of cells in a lab, and exposed them to an artificial sweetener called sucralose. They then took biopsy samples from normal weight and obese people, and compared various chemical changes between the cells in the lab that had and hadn’t been exposed to sucralose, and the cells from people who were obese and normal.

Basically, they found some changes to the cells in the lab that appear to correspond with an increase in fat storage/glucose dysregulation when they were exposed to sucralose. They also found that cells from obese people were different to the cells from normal weight people in a way that could potentially be due to changes caused by artificial sweeteners.

If it sounds complicated, that’s because it really is. This type of exploratory, lab-bench research is incredibly hard to understand. I work in diabetes research, and even I have trouble puzzling exactly what this means to my work.

But you know what definitely causes weight gain?

But they are almost certainly better for you than sugar.

Every story so far about this research got it wrong.

This isn’t a new breakthrough study. It’s not even published research yet. This is an interesting look at one of the ways that artificial sweeteners might be impacting human health.

Moreover, it’s not even really about diabetes per se. It may have been presented at an endocrinology conference, but really this study looked at glucose regulation and fat storage, which are both intimately related to diabetes but not necessarily the disease itself.

We might find out in future research that actually these chemical changes don’t connect to an increased risk in diabetes at all. It’s just too hard to say one way or another at this point.

The researchers presented some fascinating preliminary research, but it’s going to be years before we can tell what, if anything, it means. Jumping to the conclusion that artificial sweeteners are giving you diabetes is just wrong.

Bottom line? You can keep drinking your artificially sweetened beverage. Water is always going to be the best, but if you can’t manage that diet soda probably isn’t hurting you, no matter what the Daily Mail says.

As ever, if you’re worried go see a doctor and/or a dietitian. They do long degrees and years of training so that they can give you the best advice possible for your health.

Artificial sweeteners are probably fine for your health.