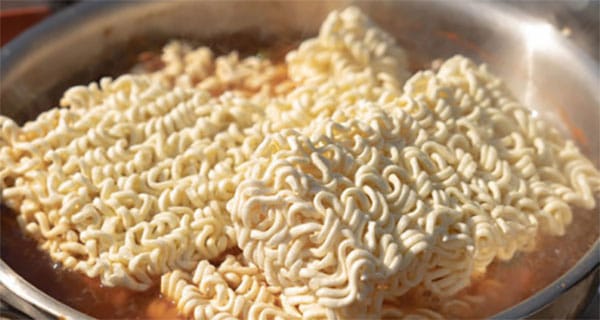 In what seems to be taking a very long time, health and police authorities have yet uncover the truth behind the deaths of five children in two provinces, apparently from contaminated two-minute noodles.

THE National Consumer Commission (NCC) reports that the probe into the link between two noodle brands and the deaths of five children in two provinces was crucial in helping regulators establish the facts. Both the Department of Health (DOH) and the police are also probing the deaths.

The DOH said earlier this month it had initiated an urgent investigation into possible food poisoning after the children allegedly ate two-minute noodles.

NCC spokesperson Pheto Ntaba said the investigation involving laboratory tests would determine what steps the commission will take in this matter.

“The NCC is working with other regulators in the food safety environment and we are awaiting laboratory results linking any product to the deaths recorded,” said Ntaba.

Two siblings from Mpumalanga – Thato Makofane, 9, and her 13-year-old brother, Keamogetswe – also died after allegedly eating noodles. The DoH is also investigating a case of food poisoning in Gauteng.

The department said earlier this month as part of the preliminary investigation the remains of the food products had been collected from some affected households and sent to for laboratory testing, while efforts to ascertain the brand name and store where the food products were purchased were under way.

“This crucial information will enable the health officials to establish a possible link between the noodles consumed and the deaths, in order to immediately notify the suppliers or manufacturers, while at the same time make a decision on the possible recall of all suspected food products from the shelves for large-scale laboratory testing as part of the broader investigation process to prevent the possibility of more loss of lives,” it said.

While the deaths have caused panic, established producers of noodles have said their products are safe for consumption.

“Maggi 2-Minute Noodles and TasteMakers are locally manufactured at our Babelegi plant in Hammanskraal and are safe to consume. Nestlé has to date not been contacted by any authorities in connection with these incidents. The company is not in possession of any information to conduct an internal investigation, as such, all our noodles products are still being sold across the country,” said Tohlang.

“The commission notes that suggestions that the tragic deaths of five children in different provinces are the result of revenge by foreign nationals are irresponsible and have no basis in fact,” said the commission.

What could be behind the children’s deaths?

Whether two-minute noodles are safe to eat has become a concern for many consumers who often eat this instant meal due to its convenience and low price.

Instant noodles or ramen are a precooked and dried blocks of noodles sold with a sachet of flavouring, that are cooked or soaked in boiling water before eating. The main ingredients are usually wheat flour, palm oil, and salt, while the flavouring contains salt, monosodium glutamate, seasoning and sugar.

Dr. Hanli de Beer, senior lecturer in the department of consumer science at the Northwest University, says since the noodles are dry there is little chance that any organism could have grown on them in sealed packets.

This is what allows the noodles to have along shelf life like rice and normal pasta.

“Although it does not spoil, what happened during the preparation and when the children ate it would be important. Food poisoning happens when a toxic substance is in the food that is eaten. Symptoms appear very quickly within a few hours after being eaten,” she explained.

De Beer says the responsible toxin could also be chemical, such as instances where a contaminated container is used to prepare the noodles. Some toxins are produced by bacteria, which could be activated by heat shock.

However, she says her first suspicion would be that the culprit is the flavouring, because this could possibly have been contaminated by spore-forming bacteria.

“These organisms’ spores are also heat-resistant, which means that even if you boil the spores of Bacillus cereus, it would not be destroyed. The heat would activate the spores.”

De Beer says if the noodles were cooked and left to stand for a while to cool before the flavouring was added and then left again in bowls before the children ate them, several organisms could have grown and produced toxins.