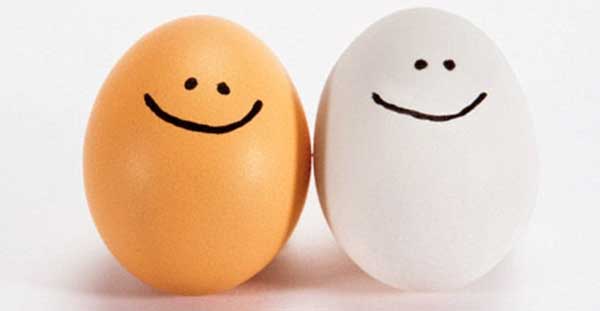 All scientists will testify that science is hard. And nutrition science is really, really hard. A great article on how to judge the daily deluge nutritional studies.

My dad is an old-school rancher who uses a flip-phone, refuses to wear a seat belt and swears by the Atkins diet. Like many Americans on both sides of the political aisle, he’s skeptical of science.

But not because he thinks Al Gore invented climate change, vaccines cause autism or GMOs are an elaborate corporate conspiracy. He’s skeptical of science because of eggs.

As a truck driver in the 1970s he learned that cholesterol was public health enemy No 1 and that eggs were golden syrupy orbs of artery-clogging cholesterol, heart-disease in a shell.

Three decades, the invention of the Internet and a cornucopia of superfoods later, a few studies showed that eating an egg or two a day did not lead to high cholesterol, and Americans put eggs back on the table.

My dad is skeptical of science because scientists can’t even seem to settle on whether it’s a good idea to eat an egg, and people have been eating eggs for eons.

So why is such a seemingly simple question so difficult to answer? As someone who has spent months on experiments that ended up in the “appendix of failures” at the back of my dissertation, I can testify that science is hard. And nutrition science is really, really hard.

“A wickedly difficult field,” as David Ludwig, professor of nutrition at Harvard School of Public Health, has put it.

That’s why I get frustrated when I see headlines like “Drinking more coffee leads to a longer life.”

Had the authors dug deeper, they might have noticed the multitude of studies showing that coffee, like eggs, wine and practically everything else we eat, somehow simultaneously causes and prevents illness.

In fact, hundreds of nutrition studies come out every week. Even more are conducted, but “only the exciting stuff gets published,” said John Dawson, assistant professor of nutrition at Texas Tech. And only the flashiest publications draw headlines.

“Then you have to get them to comply,” Klurfeld said. People who drink coffee will be hesitant to give it up, and people who don’t might be reluctant to start the habit. And there is no way of knowing whether they’ve done what you’ve asked them to.

Assuming the volunteers in the study actually play by the rules, there’s still a possibility that some other important difference exists between the two groups by chance. In the end, “these variables make it very difficult to come up with a definitive answer,” Klurfeld said.

So while randomised controlled trials are the gold standard of nutrition research, they’re still not a silver bullet. They’re rare, long, painstaking and extraordinarily expensive.

“Large clinical trials across multiple sites can easily cost millions,” Dawson said. And they sometimes raise ethical quandaries. If we had reason to suspect that coffee might be bad for you, for example, should a group of people be assigned to drink coffee regularly?

And even with randomised control trials, “one study can never answer a truly important question by itself,” Ludwig said. The next question he asks is, “Do we have a plausible reason to expect there might be an effect?”

For example, is caffeine or some other compound in coffee known to influence cells in a way that could protect against heart disease or cancer or other common killers?…..