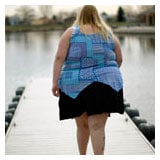 09 Nov 16 No, SA does not weigh in as the world’s third-most obese nation

Several media reports in the recent past quote various sources that put South Africa close to the peak of the world’s obesity mountain. Really? Where’s the truth? Africa Check investigated….

Writing in the Sunday Times, Tatjana von Bormann argued that South Africa needed to implement a sustainable food system, especially since South Africans “now weigh in as the third most obese nation, after the US and Mexico”.

A similar statement surfaced in 2014 when a News24 user claimed that “South Africa is the third fattest nation in the world”. The writer cited a survey by the pharmaceutical company GlaxoSmithKline as the source.

Are South Africans truly pulling their weight in the world’s obesity rankings?

Source does not rank obesity globally

Von Bormann sent Africa Check a graph listing the share of overweight and obese adults in seven countries as the source of her claim.

We traced the source of the graph to the book Global Population Health and Well-Being in the 21st Century by a medical education consultant based in the UK. Here the graph is attributed to two sources: the Overseas Development Institute (ODI), a UK think-tank that focuses on international development and humanitarian issues, and a study titled “National, regional, and global trends in adult overweight and obesity prevalences”, which was led by health statistician Gretchen Stevens at the World Health Organisation (WHO).

But a senior media officer at the ODI, James Rush, told Africa Check that the institute had not conducted any research that ranked obesity rates around the world. The journal article, too, did not contain such a ranking.

We also could not find the GlaxoSmithKline survey mentioned in the MyNews24 article. The company did not respond to repeated calls and emails. [If they had researched FOODStuff SA, they would have found the article here! Ed]

The best data on overweight and obesity around the world is collected by the WHO, a research professor in a unit dedicated to understanding and preventing obesity at the University of the Witwatersrand, Shane Norris, told Africa Check.

The WHO uses the Body Mass Index (BMI) to measure overweight and obesity. It takes into account how much someone weighs in relation to their height. When the BMI is greater than or equal to 25, an adult is classified as overweight and when the BMI reaches 30 or more, as obese.

It is a useful ratio to work out obesity and overweight across populations as it remains the same for men and women and for everyone older than 18. However, the WHO cautions that BMI does not always correspond to the same degree of fatness in different individuals, as individuals gain weight differently.

The WHO gets the data from nationally representative household surveys, including Demographic Health Surveys. In these kinds of surveys, people have to report their weight and height.

Interestingly – and perhaps unsurprisingly – when a doctor checked whether patients are obese the rates were generally higher than from health survey interviews, the Organisation for Economic Co-operation and Development (OECD) noted in a review of obesity in its 35 member countries.

The WHO’s most recent statistics on obesity worldwide are from 2014.

(Note: One review article attributed this in part to imported food of lower quality replacing traditional foods such as fish and indigenous fruits and vegetables.)

When we include the number of overweight people, South Africa dropped to 111th place, with more than half of adults (53.9%) classified as “overweight”.

Conclusion: SA not the third most obese country in the world

The best available data shows that South Africa is not the world’s third-most obese country after the US and Mexico.

Using the WHO’s definition of obesity, South Africa ranks 44th of 192 countries with 26.8% of its adults considered obese. When people that are considered overweight are included, the share rises to 53.9% of adults. However, in this case, the country’s global ranking drops to 111th place.