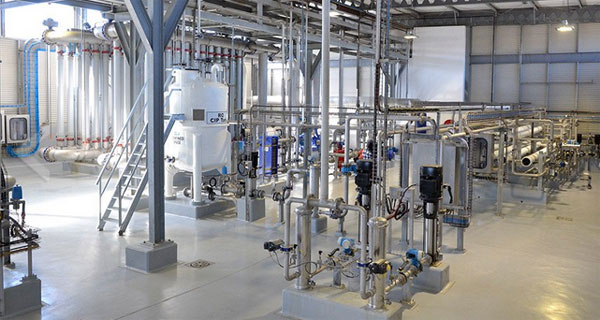 Between 2008 and 2010, the Mossel Bay Municipality and surrounding areas experienced one of its worst droughts in recorded history. The region was subsequently declared a disaster area and municipal water-use restrictions had to be put in place.

In supporting the town’s efforts to manage this crisis and ensure efficient water usage, Nestlé introduced a water saving initiative at its Mossel Bay factory.

Over the past six years, the company has installed new water recovery, treatment and recycling technology at the factory which will enable it to re-use and recycle water from its dairy operations.

Nestlé says it was able to reduce the factory’s water consumption by more than 50% during the first year of implementation, by simply re-using the water recovered from the milk evaporation process.

The evaporated water is then captured and treated through reverse osmosis, then re-mineralised and used for various applications within the facility.

Pillay says that when one compares the plant’s municipal water use in 2009 (before Zero Technologies), the site now saves approximately 65% or 467 tankers (30 cubic meters) which amounts to 14 010m3 saved monthly.

Ravi also says that the recycled water is 100% safe to use. Although Nestlé acknowledges that municipal water is still required for day to day usage, the company continues to look for additional savings to reduce as close to zero as possible, says Pillay.

The project has also created methane gas as a by-product, which was used to power a boiler, reducing energy usage.

“Phase 2 of this project consists of the first anaerobic membrane bio reactor in the Nestlé business globally, which uses biogas and biofilters,” Pillay adds.

Nestlé’s vision for this initiative, which is known as Project ZerEau, is to become a zero water intake facility by means of reusing milk water.

“Nestlé is committed to act as a responsible steward of Natural Capital. Not only is achieving water efficiency across our operations key, we also believe that responsible water stewardship is critical to the future of our business and we’re continuously helping to facilitate the sustainable management of water catchments, where we source our goods, around our factories and where our consumers live”, concludes Pillay.

The manufacturing site was inaugurated by Minister of Water and Sanitation Gugile Nkwinti earlier this month.