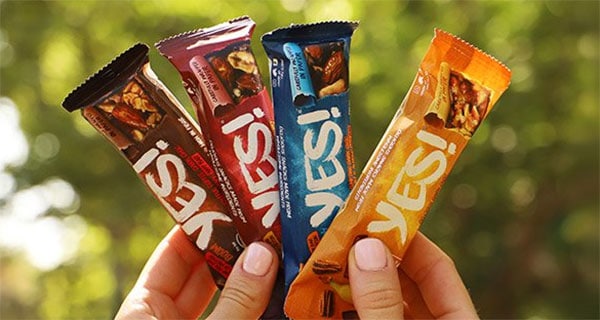 Nestlé has claimed a breakthrough in the fight against plastic waste after finding a way to wrap a confectionery bar in recyclable paper, and the world’s largest food company has promised to share what it has described as “world-first” technology.

Unlike previous attempts to make environmentally-friendly packaging, products wrapped in the paper developed in York can pass through a high-speed production line without ripping and stay fresh for nine months.

The wrapper is being used for the world’s largest food company’s YES! fruit bars and nut bars but could work on other products. The Swiss group said that it had not patented the technology and it would allow others to use it from April next year.

“It is not in our interest to hold on to this. We want the industry to use paper,” said Jas Scott de Martinville, the company’s global confectionery R&D leader.

Nestlé’s new paper wrapper has a polymer coating that makes it waterproof, sealable and robust enough to survive the production line, transport and storage. But the company said it was recyclable and degrades within six months in the ocean.

Bruce Funnell, the head of packaging in York, said: “For this to be viable it had to run on existing equipment and at high speed.” The production line handles 300 bars a minute and has only had minor tweaks to accommodate the paper packaging. Nevertheless, the cost of each wrapper is higher.

Nestlé is hoping to convince environmentally conscious consumers to pay £1.20 a bar, or around 50 per cent more than alternatives, for a healthier product that is “recyclable by design”.

YES! was launched last September, is available in several EU countries. With the new paper wrapper and a wider range of flavours, YES! is now being launched in more countries: Austria, Belgium, the Czech Republic, France, Germany, Ireland, Luxemburg, Malta, the Netherlands, Portugal, Slovakia, Spain, and the UK.

More countries in Europe and beyond will follow soon.

Consumer goods makers are under pressure to do more to reduce the waste their businesses generate. Many of them, including Nestlé have made voluntary pledges to make all of their plastic packaging reusable, recyclable, or compostable by 2025, as part of an effort being led by the Ellen MacArthur Foundation, a charity.

Nestlé has not revealed what proportion of the millions of tonnes of packaging it uses annually is recyclable. Nearly one-third is plastic, with a large proportion of this from the company’s bottled water business, which sells brands like Buxton, Vittel, and San Pellegrino.

The environmental impact of plastic has burst into public consciousness recently, accelerated in the UK by the BBC’s Blue Planet nature documentary in 2017 that showed how plastics were polluting the oceans and killing wildlife.

Further pressure is coming from the EU, which has passed legislation banning single-use plastic products like straws and cutlery, as well as from national governments, which are ramping up taxes and regulation to tackle the problem of waste.

A global analysis published in 2017 estimated that 8.3bn tonnes of plastic has been produced since the second world war. About four-fifths has been dumped as waste, while just 9 per cent has been recycled.

The paper itself comes from certified sustainable sources. The company would not reveal how much it cost to develop but said it spends £1.7bn annually on R&D. It said it was too soon to assess the full carbon footprint of paper versus plastic. “There is no panacea,” said Funnell.

Erwin Reisner, head of the Centre for Circular Economy Approaches to Eliminate Plastic Waste at Cambridge university, said the packaging was an “important step forward”.

“It will put pressure on other manufacturers,” he said, but stressed the key was to make plastic reusable and recyclable. Even that will not immediately solve the vast problem, however, because experts say that the world’s recycling system is broken.

When consumers in rich countries separate their rubbish they often make errors that render the material unusable. Meanwhile the countries in Asia that do the bulk of waste recycling are increasingly rejecting it, with much ending up in landfill.