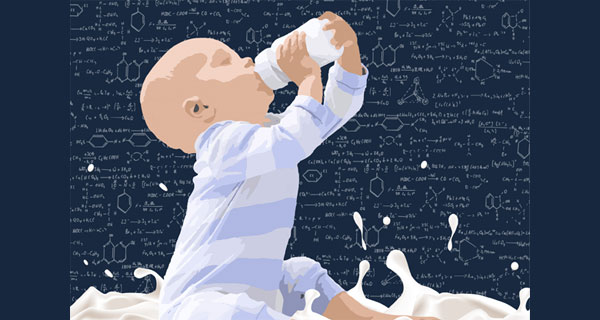 The Swiss multinational Nestlé has been accused of violating ethical marketing codes and manipulating customers with misleading nutritional claims about its baby milk formulas, including in this country.

The UK-based NGO, Changing Markets Foundation, says world’s largest packaged food firm, uses nutritional science as a marketing tool rather than applying it consistently across all its products.

And it charges Nestlé of selling “substandard” products in SA, allegations contained in its report: Busting the Myth of Science-based Formula.

The researchers investigated more than 70 Nestlé infant milk formulas for babies under 12 months old‚ sold in 40 different countries‚ to find out whether the company’s self-proclaimed commitment to science was genuine.

On the South African market‚ the researchers had this to say:

• Sugar’s sweet for SA: “We found clear examples of substandard products in SA‚ according to Nestlé’s own nutritional advice. On the label of products sold in Brazil and Hong Kong the company advises parents against giving sucrose to infants‚ while two Nestlé infant milks in SA were found to contain the ingredient.”

• Flipping on flavourings: “Nestlé’s infant milks sold in Hong Kong are marketed as healthier for not having ‘any added vanilla flavour or flavourings for baby’s good growth’, but we found several Nestlé products that contain vanilla flavouring in SA.

“These examples illustrate how Nestlé uses nutritional science as a marketing tool rather than applying it across all its products in the best interests of children’s health‚” the report concludes.

Despite overwhelming evidence that breastfeeding provides many benefits‚ the foundation says‚ globally only about 36% of babies under six months are exclusively breastfed.

“The market for milk formulas is highly profitable — currently worth $47bn per year — and projected to increase by around 50% by 2020‚ and milk formula is the fastest-growing packaged food product.”

Nestlé announced in November that it would reorganise its infant-nutrition business to improve performance‚ five months after the new CEO listed the category as one of its priorities for growth.

The report also claims Nestlé has a strategy to increase its profits by trying to convince parents to buy more expensive products in the belief these are better for their child’s health.

“We previously found 19 Nestlé infant milks in SA — many of them so-called ‘premium’ products‚” the report states.

“While companies claim that their products are informed by the ‘latest developments in nutritional science’, the wide variety of products on sale within and between countries and the efforts of companies to push expensive premium products call such claims into question‚” said Nusa Urbancic of the Changing Markets Foundation.

“While we have come to understand that companies manipulate consumers’ emotional responses to sell a variety of products‚ this behaviour is especially unethical when it comes to the health of vulnerable babies.”

Nestlé is the only company that sells products in all of the 14 markets investigated‚ with a total of 165 products.

“But it’s obvious that there are many variations in the composition of its most widely available NAN product range on different markets‚” the report states.

The report calls on the company to conduct an independent review of its product range globally to ensure that it sells only products with scientifically sound ingredients.

Contacted for comment‚ Nestlé SA’s corporate affairs director, Navi Pillay, said the company had only just received the report and was still reviewing it.

“For infants who cannot be breastfed as recommended‚ infant formula is the only suitable breast-milk substitute recognised as appropriate by the World Health Organisation‚” he said.

“Where needed or chosen by parents‚ we offer high-quality‚ innovative‚ science-based nutritional products for mothers and infants from conception to two years of age.

“We market these products in a responsible way at all times‚ and the claims made on our products are based on sound scientific evidence.

“The composition of infant formula is tightly regulated and follows rigorous international standards and guidelines in order to meet the specific nutritional needs of babies.”

The Changing Markets Foundation will also be releasing reports on its findings relating to the other major global infant formula producers: Danone; Mead Johnson Nutrition; and Abbott.

Nestlé under fire for, but defends, its marketing claims on baby milk formulas

A new report by the Changing Markets Foundation has found that Nestlé marketed its infant milk formulas as “closest to”, “inspired by” and “following the example of” human breastmilk in several countries, despite a prohibition by the UN’s WHO.

The study, which analysed over 70 Nestlé baby milk products in 40 countries, also found that Nestlé often ignored its own nutritional advice in its advertising.

In South Africa, the firm used sucrose in infant milk formulas, while marketing its Brazilian and Hong Kong formulas as being free of sucrose “for baby’s good health”.

In Hong Kong, it promoted its baby milk powders as healthier – because they were free from vanilla flavourings – even as it sold other vanilla-flavoured formulas elsewhere in the territory.

Nusa Urbancic, campaigns director for the Changing Markets Foundation told the Guardian: “We have come to understand that companies manipulate consumers’ emotional responses to sell a variety of products, but this behaviour is especially unethical when it comes to the health of vulnerable babies.

Nestlé is the global market leader for infant milk products with a market share of close to a quarter. It has been dogged by the advertising issue since a 1974 report called The Baby sparked a worldwide boycott.

In 1981, the WHO adopted a strict code of advertising banning the promotion of baby milk products as being in any way comparable to breastmilk. Nestlé insists that it follows the code “as implemented by national governments”.

But the new report finds that it touted products in the US such as Gerber Good Start Gentle powder as “our closest to breastmilk”, and sold its Beba Optipro 1 powder in Switzerland as “following the example of breastmilk”.

Similar Nestlé products in Hong Kong and Spain were advertised as being “inspired by human milk”, and having “an identical structure” to breastmilk.

The company did not respond to specific questions about the new study but a Nestlé spokesperson told the Guardian it supported WHO recommendations and believed that breastmilk was, wherever possible, “the ideal source of nutrition for babies.”

However, not all infants could be breastfed as recommended and “where needed or chosen by parents, we offer high quality, innovative, science-based nutritional products for mothers and infants from conception to two years of age,” the employee said.

“We market these products in a responsible way at all times, and the claims made on our products are based on sound scientific evidence.”

Some academics, though, have highlighted the way that language used by corporates to promote infant milk formulas can sometimes mislead consumers about this.

Breastmilk is a “personalised” and continuously changing nutrition between mother and child that contains live substances – such as antibodies and immune-system related compounds – which cannot yet be replicated in a lab.

You can read the Changing Markets Foundation report here…. click the image left….

Nestlé has defended itself against an activist group’s criticism of its baby milk, saying it respects international marketing standards and does not suggest its products are better than breastmilk.

It was responding to a report by the Changing Markets Foundation accusing the world’s largest packaged food company of putting profit before science.

In a statement Nestlé, whose baby food brands include Gerber, said it complies with the WHO code on marketing breastmilk substitutes and applies its own policy when it is stricter than national legislation.

“Nestlé ensures that the composition of its formulas is strictly informed by the best available science,” it said.

“Nestlé does not use any statements on its infant formula products or in its other communications that idealise its products or imply they are superior to or equivalent to breastmilk,” it added.

The Changing Markets Foundation report had found Nestlé had many inconsistencies across its range of formula products and cast doubt on the credibility of some of its health claims.

The Changing Markets Foundation is a Dutch group that says it promotes campaigns to address sustainability challenges by trying to shift business away from companies with unsustainable products.