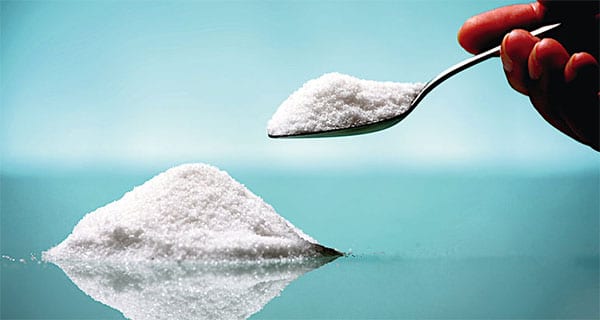 29 Jul 19 More spotlight on titanium dioxide as a carcinogen

A new study out of the University of Sydney has again red-flagged the widespread use of titanium dioxide nanoparticles – found in more than 900 food products and most toothpastes.

Their conclusion is that titanium dioxide should be regulated more closely because this common food additive is a potential trigger for colorectal cancer and inflammatory bowel disease (IBD).

The researchers recently published findings from a mouse study, which shows that consumption of titanium dioxide affects gut microbiota and gut inflammation in ways that could lead to development of  colorectal cancer and IBD.

Food authorities maintain that titanium dioxide, which is used as a whitening agent in products such as chewing gum and mayonnaise, is inert and safe for consumption, but there is little evidence that this is true, says  the study’s co-lead author, Professor Laurence Macia.

“In our study, we do not show that the mice spontaneously develop cancer, but the changes observed [in the gut microbiota] suggest that it could prime for disease development,” Macia says.

The team from the University of Sydney gave mice titanium dioxide in drinking water for four weeks.

“What we should keep in mind,” she continues “is that we observed differences after four weeks while people consume this product daily for years. The long-term effect of titanium dioxide on health is fully unknown.”

Specifically, what the study showed is that titanium dioxide didn’t affect the composition of the gut microbiota in the mice, but it affected bacterial activity and promoted the growth of undesirable biofilms.

“Biofilms are bacteria that stick together, and the formation of biofilms has been reported in diseases such as colorectal cancer,” says Macia.

The researchers want to see more discussion about new standards and regulations related to inclusion of nanoparticles in food and note that their use has increased considerably over the course of the past decade.

“More research needs to be done, but some countries like France are banning titanium dioxide as this product has no other benefits than making food look white and is a potential carcinogen,” adds Macia.