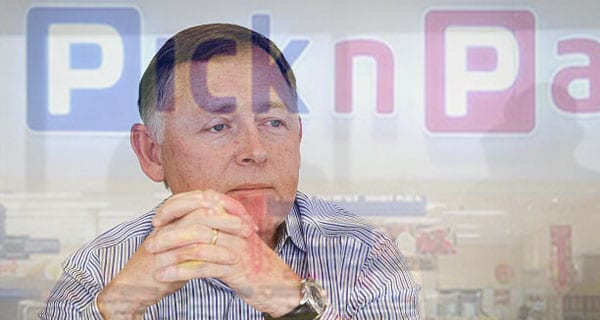 The retailer has set its sights on 30% own-product penetration as it builds a supplier base. Pick n Pay wants almost a third of its in-store products to be its own brands within a few years, says CEO Richard Brasher.

The retailer, the shares of which surged 8.9% after it said festive season sales rose more than its peers, plans to lift “own brand participation” from 19% to 30% in coming years. Brasher said Pick n Pay was building its supplier base for its own brands, “and I think customers like our brand so I feel like we’ve got momentum”.

“The restriction is not ambition and I feel like over the next 18 months to two years we should see some real momentum building in this area.”

Pick n Pay would look to replace weaker brands in its stores with its own, he said.

The group said it had “an exceptional fourth quarter”, with the South African business growing sales by 8%, “well ahead of the market”.

Brasher said this was thanks to better productivity after Pick n Pay spent R250m on voluntary severance packages. It also benefited from having 124 net new stores, refurbishments and “the modernisation” of the Smart Shopper loyalty programme.

The retailer’s share price gain was mainly because of the fourth-quarter performance and indications that momentum had continued into the new year, said analyst Daniel Isaacs.

“Everything else was pretty much in line, and maybe the bottom line number [for the year] was even a bit below consensus,” Isaacs said.

“I believe we’ll need another depot to the north of Johannesburg in, let’s say, 18 months,”Brasher said, adding that the centralised distribution model would ultimately yield savings.

Brasher said positive political changes in Zimbabwe and SA had not yet lifted sales, but Pick n Pay and its partner in Zimbabwe were “positive about the opportunities” in that market.

Asked whether Pick n Pay would increase its stake in TM to above 50% if Zimbabwe relaxed its indigenisation rules, Brasher said: “it would be wrong for me to speculate”.

In West Africa, the group was “becoming more confident in the manner in which we want to expand into the next country”.

Pick n Pay saw “a great opportunity” with its local partner in Nigeria and was likely to enter the market with a new “offering and format”.

It provides money transfer services via a partnership with Commonwealth Bank of Australia and offers credit via a tie-up with RCS. Since the launch of the store card in September 2017, R1bn in total credit had been granted, though customers had used less than R200m of the total credit facility.