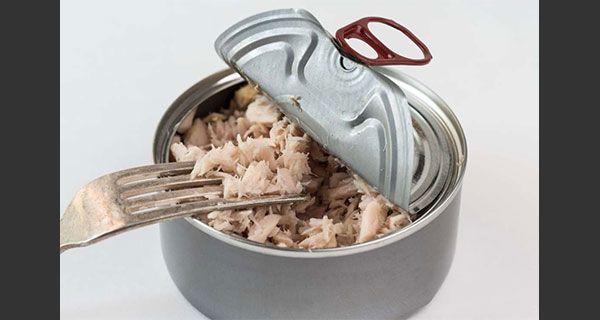 10 Dec 18 Millennials not eating tuna? It’s really not about the tin openers

Is there anything baby boomers won’t accuse millennials of killing off? First it was napkins, then cereal, golf, out-of-town supermarkets, raw meat, hotels, chain restaurants and now, canned tuna.

A report by the Wall Street Journal found the store cupboard staple is fighting to keep its place in millennial diets across the world, with a drop of 42 per cent in consumption in just three decades.

They say this is a result of millennials favouring more convenient food options that don’t require a tin opener to get into their dinner: awkward, dangerous if done wrong, and leaving you with fishy-smelling hands.

Granted, sales are dropping, but the reason behind the shift might need some further investigation rather than blaming lazy young people and their lack of kitchen utensils.

Firstly, there has been plenty of bad press about the sustainability of tuna: since the 1960s populations of tuna have declined by an average of 60 per cent, while Pacific Bluefin and Southern Bluefin tuna have been decimated by 95 per cent.

Given a third of 18- to 34-year-olds are “very worried” about the environment and damage done by humans, it’s not a huge leap to imagine sustainability issues might factor into whether they drop tuna in their shopping trolley.

There has also been a lot of coverage about the dangers of mercury poisoning connected to tuna. Although scientists now say the amount of the toxic chemical found in our stocks is lessening, consumer suspicion lingers.

And what about the increasing number of millennials who don’t eat fish? The Vegan Society reported demand for meat-free food increased by 987 per cent in 2017 and going vegan was among the biggest food trends of 2018.

Even for pescatarians, the breadth of consumer choice has widened since tuna first started to dominate the market last century – fresh fish imported from around the world, fish counters in most supermarkets, and thousands of delicious products at our fingertips. There are plenty of options available, and in many cases they don’t cost much more.

Canned tuna isn’t as cheap as other processed meats and fishes – both Asda and Tesco sell tuna multipacks for between £3 and £3.50. Stores often force customers to buy these multipacks (in my local shop you can only buy sets of three) and, as is well-documented, millennials are living in smaller spaces than ever before so we don’t have space to be storing endless tins.

Last time we checked, it was the baby boomers stockpiling for Brexit.

So, with big tuna in hot water, sellers are trying to combat the downturn in sales by serving it up in pouches (or sneaking it into snacks, ready-made sandwich fillings and salads). They might find their efforts wasted.

Not only does tuna in a pouch conjure up images of feeding cat food to humans, but the unique aroma of the fish will always make it an anti-social lunch choice in an office environment, no matter how it is served.

And given millennials will never be able to afford to retire (so ideally need their colleagues to like them), tuna is unlikely to make a comeback anytime soon.

Let’s not blame the millennials for decline in tuna

Herald-Mail Media – Brace yourself, there’s a crisis in the tuna-fish industry. As usual, millennials are to blame. Or so say the commercial fuddy-duddies looking to explain away their problems, and who find young people a convenient excuse.

This did not sit well with millennials on Twitter who responded that the argument “is the old person-est thing anyone has ever said”. [Great read, Ed!]