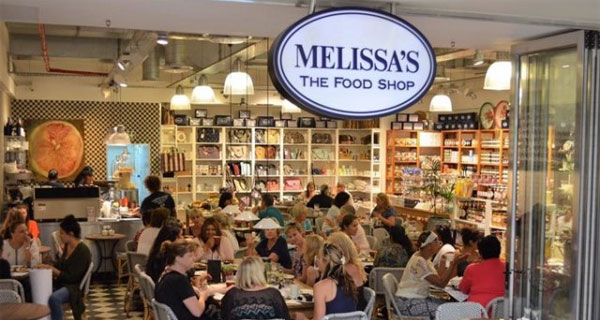 29 May 18 Melissa’s files for liquidation

A sad story for foodies in South Africa – longtime deli/speciality foodie favourite, Melissa’s, has announced it’s going out of business….

The company – which originated in Cape Town in 1996 when husband-and-wife duo, Melissa and Mark van Hoogstraten, opened a “tiny” store in Tamboerskloof, Cape Town – has filed for insolvency, just nine months after its coming of age.

Having had a significant multiplier effect, the brand’s 19 stores – employing some 400-plus staff across the country – are now facing the threat of closing down.

Apart from its stores and an e-commerce platform, Melissa’s also supplied its products to around 300 national retailers.

Having confirmed the insolvency with liquidator, Craig Hathorn, of Lynn and Hathorn Incorporated, Moneyweb learned that the situation was currently under investigation, with a comprehensive report on the much-loved brand’s downturn to its creditors expected by the end of July.

Noting that Melissa’s was “hopelessly insolvent”, Hathorn added that business rescue would not be the right vehicle for the liquidation. Currently, the liquidators would look at selling “the whole, or parts, of the business” as going concerns to maximise value for its creditors.

Only three of the brand’s shops are owned and operated by the original CC – all Cape Town-based, including the original Melissa’s at 94 Kloof road, where Van Hoogstraten first made everything from rusks to snoek paté herself.

The company then started outsourcing the production of its goods to “housewives baking out of their kitchens. As our stores grew, their businesses grew”.

The remaining Melissa’s stores, spread across four provinces, are franchisee-owned. Hathorn would be in charge of the three CC-owned shops’ liquidation.

Hathorn noted that at this stage it was too early to comment on what caused the delicatessen-meets-décor store chain to spiral into liquidation, while Melissa’s employees also preferred to remain mum.

The company boasted two concepts: the Melissa Food.Home.Gifts stores, where customers could shop for Melissa’s range of food and homeware products, alongside a sophisticated café-style restaurant serving light meals, cakes and artisanal coffee.

The second concept, Mantra Café, first opened its doors in December 2016 in Camps Bay, offering a breakfast, lunch and dinner menu and a full bar.

Melissa’s itself dubbed its business plan as a “winning concept”, with its unique retail and dining experience for “discerning customers with an eye for detail and an appreciation for quality”. Its latest store opening was as recent as February 2018 in Hermanus.

The food retailer still had its gaze set on expanding, with Rosebank, Sandton and Pretoria just some of the places in Gauteng earmarked for future stores. The company also aspired to have a presence in Bloemfontein and Swakopmund in Namibia.

In an earlier interview, Van Hoogstraten was quoted by EWN as saying that the company didn’t expand based on a set plan, but rather on people’s enthusiasm for the brand.

Moneyweb approached a number of franchisees for comment, with most declining to comment, but one adding emotionally that they employed a lot of people and that it all happened very quickly.

Talking to Melissa – one of SA’s favourite foodies