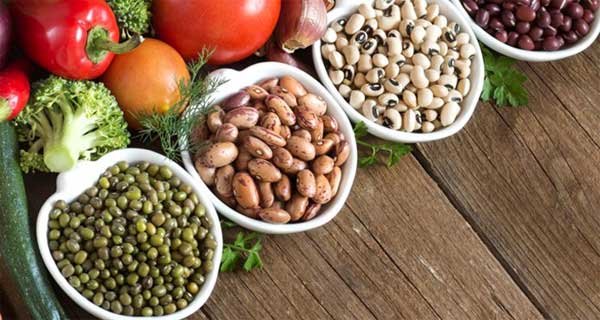 Australian orthopaedic surgeon, Dr Gary Fettke, is in the headlines there for similar reasons that Prof Tim Noakes is in them here in SA. Fettke recently drew some more gasps with a keynote talk asserting the extraordinary and totally unscientific influence of Seventh Day Adventists in shaping mainstream nutrition guidelines.

If nutrition science proves anything these days, it is that Karl Marx was right. Religion really is the “opium of the people”. It is a reason that bad dietary advice has spread globally, says Australian orthopaedic surgeon Dr Gary Fettke.

It’s why nutrition guidelines are increasingly vegetarian, or “plant-based” as some doctors and dietitians now call it. That distances them from overtly religious associations with vegetarian diets. That’s despite robust evidence on health risks of vegetarian and plant-based diets, says Fettke. 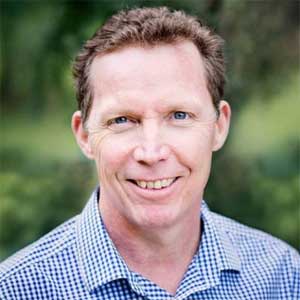 Fettke (left) was a keynote speaker at the CrossFit Health Conference in Madison, Wisconsin on August 2, 2017. The title of his talk: The Central Role of Nutrition in Our Health, Education, Economics, Politics, Environment and Beliefs. (Scroll down for a link to his talk.)

It was seismic scientifically and ethically. In the first of a two-part series, Fettke raises a taboo in nutrition science: Big Religion. He shines a light on its right arm: medical evangelism.

Fettke gave evidence to show that religious ideology informs and influences official dietary guidelines worldwide. It explains why nutrition science is the only science that many researchers don’t view through an evolutionary lens, he said.

It also explains why financial and other conflicts of interest are rife in nutrition science. The consequences for health, economies and the environment have been disastrous, he said.

Fettke identified a church that believes in divinely ordained “medical evangelism”. It is the Seventh-day Adventist Church that began in the US in 1863. Its members are mostly vegetarians or vegans.

Despite being relatively young, it is one of the world’s fastest-growing churches. It is also one of the most influential groups in the world on nutrition education and policy.

The church has spawned doctors, dietitians and scientists who perform medical evangelism. They do so without declaring their religious beliefs as COIs. Therefore, they have made their beliefs into propaganda about diet and health across the planet, Fettke said.

And where is the best place to hide propaganda? “In plain sight,” Fettke said.

As medical evangelists, Adventists have been “educating” the health profession for 100 years, he said. They have also been “educating” children with cereal product placement in various media for decades. In fact, they were the first to come up with that idea.

They were quick to see the benefit of establishing dietetic associations to spread their vegetarian gospel. Orthodox dietitians have made themselves easy meat for ideological and religious programming.

In part, that’s because the foundations of the dietetic industry are “rotten to the core”, Fettke said. And it is in orthodox dietitians’ blood to associate themselves with industry and an ideology, he said. “They probably don’t even realise it.”

Fettke showed how Adventist Lenna F Cooper co-founded the American Dietetic Association (ADA) in 1917. She was a protégé of Dr John Harvey Kellogg, one of the founders of the cereal industry. She wrote textbooks that lecturers used for dietetic and nursing programmes around the world for 30 formative years.

Thus, Cooper was the voice of dietetics globally for decades.

Cooper also appears to have originated the idea of breakfast as “the most important meal of the day”. She wrote as much in a 1917 issue of Good Health. The publication is self-proclaimed as “oldest health magazine in the world”, as Huffington Post senior editor Sarah Klein noted.

In A Brief History Of How Breakfast Got Its ‘Healthy’ Rep, Klein notes the magazine editor: none other than Kellogg, the co-inventor of flaked cereal.

Kellogg did hold an MD degree,  Klein writes, “but there’s no denying he had a product to sell”.

In this way, Adventist medical evangelism has persuaded health authorities to dish up vegetarian ideology to the public for decades, Fettke said. Consequently, they have turned authorities into “defenders of a faith without understanding its origin”…..

Part 2 report on Fettke’s talk: Lifestyle medicine and the ‘unique’ partnerships that Adventists make to spread beliefs about vegetarian lifestyles

Western Nutrition Guidelines have become ‘cereal orientated’, ‘vegetarian’ and been based on religious ideology and food industry sponsorship from their beginning. This ideology has resulted in a health, economic and environmental disaster. All dietetic associations and their advice is compromised by generational education and industry input….