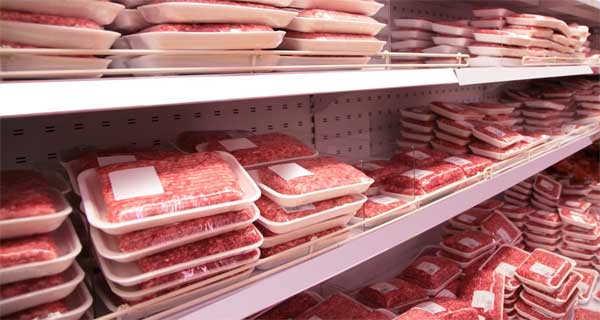 Alleged sell-by label tampering by a large Gauteng meat franhise group was in the spotlight on DSTV’s Carte Blanche programme this past weekend. Companies that tamper with  labels on products can be criminally prosecuted and heavily fined.

Carte Blanche tested meat products with approved labs and transported to preserve the evidence and test found that some meat products were contaminated with E coli bacteria.

Court papers were filed by Meat World in an urgent application to the Johannesburg High Court to stop the broadcasting of the story. Carte Blanche appeared before Acting Justice Linda Shangisa who dismissed the application with costs. [You can view the insert here]

National Consumer Commission spokesman, Trevor Hattingh, could not confirm if they will investigate the allegations against Meat World.

But he said relabeling products is an offence in terms of section 110 of the Consumer Protection Act. If businesses are found guilty they can be fined R1-million plus 10% of their annual turnover.

“We have begun immediate investigations. We will release a statement as soon as possible to update our valued customers on the situation.”

Meat World CEO Angelino Pereira said: “We will do everything in our power to restore our customers’ faith in our brand.”

Meat World annually sells about R1.5-billion worth of meat products in their 14 stores across Gauteng‚ North West and Mpumalanga.

Gerhard Schutte‚ CEO of the Red Meat Producers Organisation‚ said these allegations are “unacceptable” and believes a business that does this would be shooting itself in the foot.

“At the end of the day‚ the consumer determines where he buys and where he does not buy. If he does not have trust in the said business‚ then that guy will suffer.”

According to a regulation of the Foodstuffs‚ Cosmetics and Disinfectants Act‚ you cannot relabel food that has been “exposed for sale”‚ including the cleaning or repacking of food. In terms of this‚ first offenders can be fined R400 or could face up to six months in jail.

Janusz Luterek‚ consumer lawyer at Hahn & Hahn‚ said frozen food can be refrozen‚ but labels may not be altered.

“If I put it out for sale and now it is going a bit off‚ it is past its date and it’s just not smelling so fresh‚ I can’t then take it to the back‚ wash it‚ put fresh marinade on it and put it out a second time.”

However‚ Luterek said he is unaware of anyone being prosecuted for changing the sell-by dates on labels.

He said law enforcement boils down to environmental health practitioners at municipalities.

“Municipalities cannot even fix street lights. They don’t have the resources or the skill‚ regrettably‚ to prosecute people like this.”