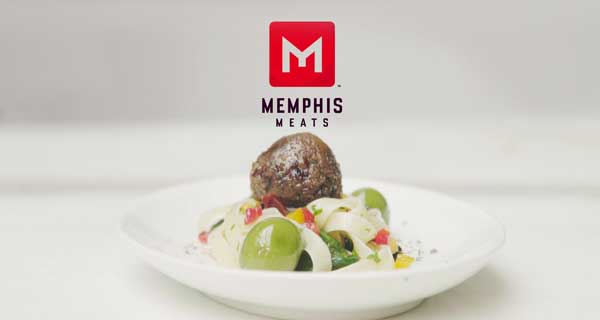 The stake marks the first investment by a traditional meat company in the nascent “clean meat” sector, where startups are creating products they say are better for the environment than meat derived from traditional feedlots and slaughterhouses.

Cargill and Memphis didn’t disclose the size of the stake.

Meat companies are under pressure from consumers to reduce their reliance on animal drugs and to treat livestock more humanely. Some have invested in plant-based burgers and chicken strips, hoping to win business from both vegetarians and carnivores concerned about the meat industry’s heavy use of crops and water.

Memphis and other startups in the US and Europe are working on another route to assuage those concerns: Using cell-culture technology to grow meat from living animal tissue in stainless-steel cultivator tanks.

“This is another way to harvest meat,” said Sonya Roberts, head of growth ventures in the meat division at Cargill, one of the world’s biggest producers of beef and poultry. “For people who want a product from an animal welfare perspective, we want this to be there for them.”

Cell-cultured meats have some way to go before landing on dinner plates. Memphis CE, Uma Valeti, said his company, founded in 2015, can make a pound of meat for less than $2,400, down from $18,000 last year. Meanwhile, regulators haven’t decided how they will oversee meat production that doesn’t involve barns and butchers.

He also said Memphis Meats is the first in the world to produce cell-cultured poultry.

Representatives for the US FDA and USAD said officials would need to determine whether the cell-culturing process is safe before considering whether such products count as meat. Valeti said Memphis Meats is talking with both agencies.

Makers of “clean meat,” a spin on clean energy, will also have to woo diners who have gravitated toward more natural foods, free from artificial ingredients and genetically modified crops.

Cargill and other investors acknowledge that Memphis and its rivals likely won’t win over every steak connoisseur. “There are going to be consumers and customers who are not going to be supportive of this,” Roberts said. “They don’t have to buy it, because we are going to be providing traditional protein.”

Memphis’s cell-culture production process currently takes three to six weeks. Using samples from a range of sources, including animals going to slaughter and those on farms or ranches, scientists isolate cells that have the capacity to renew themselves and feed them oxygen and nutrients to produce skeletal muscle. That meat can be made into meatballs, burger patties and chicken strips.

Proponents of the technology say it could revolutionise a meat production system that uses much of the world’s cropland to feed billions of cattle, hogs and chickens. The UN estimates that animals raised for meat consume a third of the world’s grain and use a quarter of all land for grazing.

A study published in February by researchers at Australia’s University of Queensland found that about a third of 673 respondents in the US would be willing to eat cell-cultured meat regularly. Nearly half said they would choose it over soy-based meat substitutes. About one-fifth said they were unlikely to try the meat or would refuse it.

Steve Jurvetson, a partner at Draper Fisher Jurvetson who will join Memphis’s board of directors, said the visceral connection that cell-cultured products have with traditionally raised meat will help them stand out from plant-based alternatives.

Stephen Giunta, culinary director for Cargill’s meat division and a master chef who once worked as President Ronald Reagan’s personal cook, was convinced by a Memphis taste test in San Francisco. At the June event, Giunta pulled apart a slice of Memphis’s duck meat with his fork, scrutinising the muscle fibers before eating it.

“It was a nice, clean flavour,” Mr. Giunta said. “It was something I’d absolutely serve to my kids.”