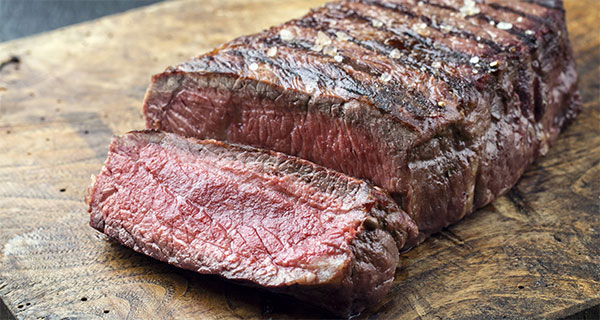 A day after one of the most prestigious medical journals in the country [the US] declared the evidence against red meat to be small and weak, howls of protest rang out from the Harvard TH Chan School of Public Health, the American Heart Association, the American Cancer Society, and a host of other organisations aligned around the longstanding message that eating red meat will increase your risk of heart disease and cancer.

The science, it now appears, was never quite there to make those claims.

The charges that only weak evidence existed against beef were first raised on Tuesday, Oct 1, as a global consortium of 19 researchers from seven countries issued four papers in the Annals of Internal Medicine.

This so-called NutriRECS Consortium, whose members were selected for their lack of conflicts of interest and skill in evaluating the quality of scientific evidence, undertook a systematic review of the content and quality of hundreds of studies involving millions of subjects, research purporting to show the harms of eating red meat.

That evidence may have been buried in journals all these years, but its conclusions have changed the way Americans eat. As a result of the long-standing advice to curtail the consumption of red meat, Americans have cut back heartily on steaks, hamburgers and roasts over the last three decades, eating nearly 28 percent less as of 2014 according to federal food availability surveys.

During this same period, an era in which diabetes and obesity has skyrocketed, consumption of replacement meats chicken and pork has risen, as has that of processed foods. Critics say that widespread dietary shifts like these highlight the unintended consequences of any formal pronouncements on foods to be avoided in the name of health.

The NutriRECS researchers arrived at their conclusions after organising the collected dietary literature on red meat and health according to a widely-accepted system for ranking scientific evidence known as GRADE.

Among its methods, GRADE weights the findings of randomly controlled dietary trials more heavily than those of observational studies commonly produced to show a link between meat and illness, evidence filled with confounding variables like the truthfulness of dietary logs and the tendency of people who follow diets to undertake other health promoting behaviours. GRADE also places a higher value on findings from studies that are not funded by private interests.

Critics have long asserted that the Dietary Guidelines and their prohibitions against meat are not based on the best evidence.

“The belief that red meat causes ill-health has long been based on weak, unreliable science,” said Nina Teicholz, executive director of the Nutrition Coalition in an email to Forum News Service. “Our nutritional experts have unfortunately grown accustomed to relying on this kind of unreliable observational science, but now there’s a movement to move towards more solid, rigorous evidence.”

“In the same way that we’ve seen authorities move away from the low-fat diet and caps on dietary cholesterol,” she added, “after consulting more rigorous science, now we are seeing the same thing happen with red meat. Although the flip-flopping is disorienting, having advice based — finally — on sound science should come as a relief.”

Among critics of red meat, the protest has been swift, heated and at times hyperbolic. Meat critic Dr David Katz compared the paper to terrorism.

The Physicians Committee for Responsible Medicine, a vegetarian-promoting health advocacy organisation, took the extraordinary step of filing a complaint with the Federal Trade Commission against the journal which published the papers.

The next installment of Dietary Guidelines for Americans are scheduled to be released in 2020. The guideline committee members have already gathered their evidence, much of it from the same pool of studies evaluated by the NutriRECS Consortium and found to be wanting.

Once untouchable, is the case against red meat officially on the ropes?

A series of five systematic reviews published in the journal Annals of Internal Medicine is suggesting there is little to no evidence that moderate consumption of red or processed meat significantly increases risk of heart disease, diabetes, or cancer.

The research contradicts many general nutritional recommendations, with some scientists explicitly calling the new conclusions “irresponsible and unethical”.

The new research consisted of five separate metastudies, looking at a large number of randomised controlled trials and observational studies investigating the correlation between red and processed meat consumption, and various health outcomes.

A panel of 14 experts was subsequently convened to examine all five reviews, and offer overall recommendations for red meat consumption. The conclusion was that there is no evidence to suggest current recommended meat consumption levels are damaging to human health, and most people should continue to consume red and processed meat at average levels.

“This is not just another study on red and processed meat, but a series of high quality systematic reviews resulting in recommendations we think are far more transparent, robust and reliable,” says Bradley Johnston, a corresponding author on the new research from Dalhousie University, Canada.

“We focused exclusively on health outcomes, and did not consider animal welfare or environmental concerns when making our recommendations.”

The new research is, unsurprisingly, proving divisive among scientists as its conclusions seem strangely at odds with the vast number of general nutritional recommendations suggesting health benefits for eating less red and processed meat.

“The findings of these studies are broadly in line with previous findings,” explains Veerman. “Per three serves of red or processed meat per week, the risk of death is 10% higher. But there is uncertainty: the risk of death could be 15% lower, or it could be that reducing meat consumption does not make you live longer. It is mostly the interpretation that differs.

“The authors of these new studies judge the evidence to be weak, and the risks ‘very small’. They conclude that from a health point of view, there seems to be no reason to change meat consumption.”

One of the more divisive aspects of the research is the fact the fundamental conclusion was based on relatively low meat consumption levels. The health benefits of limiting red or processed meat consumption to three or four servings per week may be minimal, but approximately one third of American adults eat much more than that, around one serving of red or processed meat every day.

“The authors interpreted the statistically significant health benefits from reduced red and processed meat consumption as small, because they focused on small changes in consumption,” explains Marco Springmann, a senior researcher from the University of Oxford.

A team of scientists from Harvard University presented a particularly critical assessment of the new research concluding, “From a public health point of view, it is irresponsible and unethical to issue dietary guidelines that are tantamount to promoting meat consumption, even if there is still some uncertainty about the strength of the evidence.”

The Harvard team also questioned the decision to separate any environmental considerations from the health effects of reducing red meat intake, arguing that the climate change and environmental degradation resulting from meat production can result in indirect, but substantially deleterious, effects on human health.

In an accompanying editorial published alongside the five new studies, two of the researchers, Aaron Carroll and Tiffany Doherty, accept their work will inevitably be considered controversial.

However, they point out their work is, “based on the most comprehensive review of the evidence to date,” and, “those who seek to dispute it will be hard pressed to find appropriate evidence with which to build an argument.”

Despite the scientific bluster, Aaron Carroll has expressed concern his research may be misinterpreted. In an interview with NBC’s Today show Carroll clearly notes, “I would not say that this is a green light to eat more. I worry that that’s what people will hear, and it’s not what I would say.”

Ultimately this new research has come to the same meat consumption recommendation as many other scientists and advisory bodies over recent years, which is to limit red and processed meat to no more than three or four servings per week.

However, the concern being raised currently is how this new work is being framed, and whether it is responsible to oversimplify this research into a singular sensationalistic headline.

“… the journal may have exacerbated the situation by circulating a press release entitled “New guidelines: No need to reduce red or processed meat consumption for good health.” Such sensational headlines can cause enormous confusion among health professionals, journalists, and the general public,” notes a response from Harvard scientists.

The new research is published in the Annals of Internal Medicine.

The researchers behind a study that questions the risks of eating red and processed meats expected their conclusions would draw a reaction.

But Dr Bradley Johnston, who led the panel of 14 scientists from North America and Europe, appeared to be taken aback by the nature of that response.

“We certainly expected a reaction given the nature of the question, people are very interested in red meat and processed meat,” the Dalhousie University epidemiologist said in a phone interview, one of many he’d conducted with media Tuesday afternoon in the wake of a New York Times article on the study.

“I would characterise the reaction as hysterical and often not evidence based.”…. Read the full article here