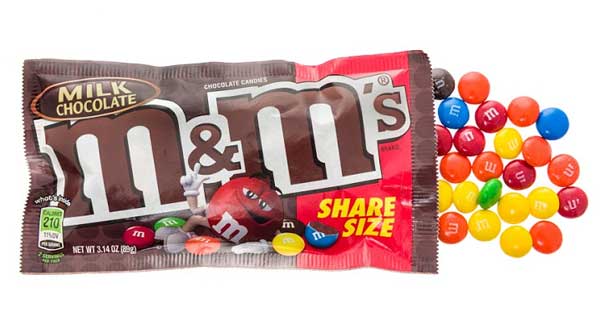 Confectionery group Mars, which makes M&M’s candy and Wrigley’s gum, has published its policies on conducting and funding scientific studies for the first time, as it plans to break ties with an industry-backed organisation, ILSI, the International Life Sciences Institute.

Mars, a private company in a particularly secretive industry, has become increasingly outspoken in recent years as consumer distrust emerges as a growing concern for Big Food.

The company said it wanted to boost transparency amid an increasing need for research on health, sustainability, and food safety and security.

Mars, which also makes pet food, broke ranks with the industry in 2016, when it publicly supported nutrition recommendations to limit added sugar.

The candy maker also plans to leave the International Life Sciences Institute, or ILSI, by the end of 2018 and to publicise its standards for scientific research on its website, said its vice-president of public affairs, Matthias Berninger.

“We do not want to be involved in advocacy-led studies that so often, and mostly for the right reasons, have been criticised,” Berninger said.

ILSI’s December 2016 report questioned the science behind nutritionists’ recommendations to limit added sugars. Mars criticised the study but remained a member of the group.

The company said it would not tie research funding to specific outcomes. It will disclose sponsorship, and will support studies that can be freely published regardless of results.

“We’re living in times when we need scientific leadership examples,” said chief science officer Harold Schmitz. “When we collaborate, we are going to publish the results, no matter what.”

Guidelines for publishing complete data and disclosing conflicts of interest were fairly standard practices for pharmaceutical research but less widespread for food, said Peter Lurie, a former US FDA official who heads the Center for Science in the Public Interest.

Criticism of bias in scientific research has been mounting, with studies coming under attack for touting health benefits of products like chocolate milk.

Last year, a University of Colorado researcher had to resign from the school’s health and wellness centre for accepting funds from Coca-Cola.

With that move, Mars joins the ranks of companies including Nestle and Campbell Soup.