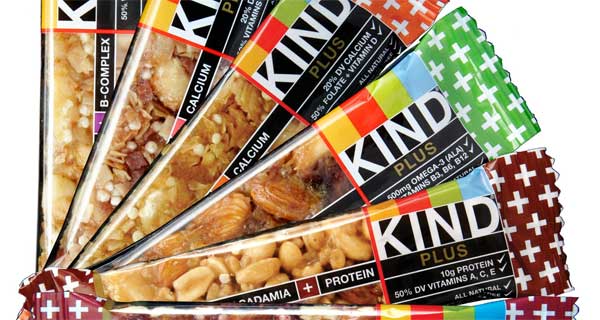 Mars, the privately-held company best known for its confectionary brands like M&M’s and Snickers, has announced that it will buy a minority stake in Kind, the US maker of wildly popular snack bars.

The deal values Kind at more than $4-billion, according to people briefed on the transaction, marking a significant valuation for one of the most prominent new food brands to hit US store shelves in recent years.

The minority investment — which could lead to Mars eventually buying all of Kind in the future, based on its history with similar investments — marks the latest effort by a legacy food giant to follow consumers’ healthier eating habits.

Kind has been one of the fastest-growing players in the snack field, with 2017 sales having risen to $718.9-million, according to Euromonitor.

Treats advertised as being more healthy have been especially popular, even if the actual benefits are in dispute. Nestlé, for instance, is selling its American candy business amid a drop in demand for products like Crunch bars and Gobstoppers.

Last month, Kellogg announced that it will buy the maker of RX Bars, a popular protein-heavy line of snack bars, for $600-million. And three years ago, General Mills bought the Annie’s brand of organic food, which includes mac and cheese, snack bars and popcorn, for about $820-million.

As part of the deal, Mars is hoping to help catapult Kind into a global health food brand. Mars will operate Kind’s international operations and make use of Mars’s own enormous worldwide distribution network to make and market Kind products in countries like China, where Mars has over 2.3 million distribution points.

The two companies also hope to use Kind as a “platform” to introduce other healthy food products in a variety of categories over the next several years.

“Job No 1 is taking it global. Job No 2 is what other categories either are we already in or we can easily get into that meet the Kind promise?” Grant Reid, Mars’s chief executive, said.

Reid, who has spent nearly 30 years at Mars, said he had explored acquiring or making an investment in a health and wellness food company for the past several years.

For Mars, which is the sixth-largest privately held company in the US, the deal offers a toehold into a world that touts the use of almonds, chia seeds, amaranth and buckwheat as selling points.

The company has already been inching in this direction: Last year, it announced plans to remove artificial colours from its food portfolio, which besides candy includes products like Uncle Ben’s Rice.

And while Mars is best known for sweets, a huge part of its business is in pet care, both in the sale of pet food and services like its Banfield pet hospitals.

In the same way that Nabisco and Kraft stood for quality packaged food during much of the last century, Kind’s founder, Daniel Lubetzky (below), said he that hopes his company will become a seal of approval for any number of different health and wellness food products.

One day, he speculates, Kind could sell everything from beverages to frozen foods, so long as they capture the ethos of health and wellness that he says is the company’s promise to customers.

Though it began with snack bars, Kind has branched out to granola clusters, breakfast bars and fruit bars, saying that it still uses “a nutritious food as the first and predominant ingredient in every food product” by avoiding artificial flavours and preservatives and campaigning against added sugar.

Lubetzky, who started Kind in 2004 with a snack bar whose packaging let the customer physically see each fruit and nut up close, said he first met Mars executives and members of the Mars family about five years ago. 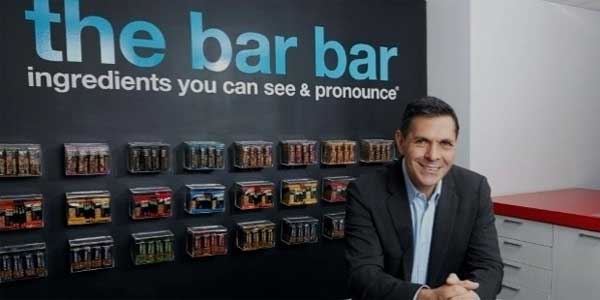 Over the past several years, he had contemplated selling his company or taking it public, but ultimately decided that partnering with a global player and remaining private would give the company the best opportunity to grow.

He said he was particularly intrigued with Mars because it, too, is private, which allows them “to really think about the long term”.

He added that he wanted to plan in terms of 10 and 20 years and shuddered at the thought of having to think on a quarterly basis about earnings, the way public companies do.

The exact terms of Mars’s minority stake in Kind have not been disclosed. Both companies said they would not reveal the price of the investment or the valuation of Kind, and declined to comment on the $4-billion figure.

Deal-making in the food and beverage industry has been proceeding at a torrid pace, with 291 transactions announced this year, the highest level in two decades, according to data from Thomson Reuters.

Lubetzky, who will remain Kind’s majority shareholder, will continue to be its chief executive and run the business in the US and Canada. He said that he plans to work with Mars on the international business.

For Lubetzky, the deal is a kind of vindication. He had sold a stake in Kind in 2008 to the private equity firm VMG, only to buy it back in 2014. When he bought the stake back, Kind was reportedly valued at $728.5-million, a fraction of its valuation today.

They make some of the world’s best-loved products…. Yet trouble lurks for the giants in consumer packaged goods (CPG), such as General Mills, Nestlé, Procter & Gamble and Unilever. As one executive admits in a moment of candour, “We’re kind of f****d.” [Great insights from The Economist. Ed]

The unexpected rejuvenation of meat snacking reflects how much opportunity there is in snacking to innovate in unpredictable ways, to reinvent categories, to use new ingredients and product types and create new brands, says New Nutrition Business.

The American grocery store is having a moment of clarity. While fraught with technical issues, yoghurt to granola to tortilla chips are showing up in clear packages. The thinking: Shoppers are more inclined to buy when they see what they’re getting.