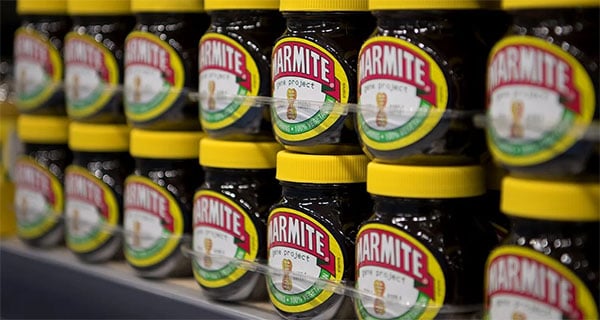 Marmite is finding its way back to the shelves of South Africa’s biggest supermarkets, but producers of the spread warn that supply will remain constrained until its backlog is cleared.

South Africa has spent the last two years dealing with a Marmite shortage. Lovers of the savoury spread have been searching high and low for the iconic jars since 2020, with little luck.

Spent yeast, a by-product of the beer-making process, is a critical ingredient in Marmite. But alcohol bans at various points throughout South Africa’s coronavirus-induced lockdown disrupted beer production and the supply of brewers’ yeast to Pioneer Foods, the producers of Marmite.

Jars of Marmite started to reappear on retailers’ shelves in early May 2022, much to the delight of desperate shoppers who took to social media to confirm the savoury spread’s return.

“As of last week, the supply of spent yeast has stabilised,” Deborah-Ann Sharwood, communications lead at PepsiCo Sub-Saharan Africa, told Business Insider SA. The recent flooding in KwaZulu-Natal had further impacted the supply of yeast from the SAB brewery in Prospecton, Sharwood added.

“Stock has now started filtering back into retailers – however, there is a major pipeline of demand which needs to be filled. As soon as the shelf is stocked, people buy up the stock

A lack of spent yeast hasn’t been the only problem facing Marmite production in recent years. Food-grade soda ash, a neutralising agent used in the production of Marmite, has also been in short supply as a result of factory closures in China. Turkey has filled the gap for the time being, although Sharwood warned that the global supply of soda ash would take “some time” to recover.

Because of the pent-up demand for Marmite and production playing catch-up to supply retailers, some stores have introduced limits on how many jars can be purchased by a single shopper. These limitations have been reported at some Spar stores.

Pick n Pay confirmed that its supply of Marmite had increased, and it wasn’t limiting shoppers.

“We are very happy to have Marmite back on our shelves in selected stores for our customers, although deliveries from our supplier remain limited at this stage,” Pick n Pay told Business Insider SA.

“We are not limiting customer purchases, but always urge customers to shop responsibly.”

Woolworths told Business Insider SA that it had “very limited stock in limited stores” and that it would only be resupplied with the 250g jar of Marmite.

“We have been informed by the producer of Marmite that due to limited supply of raw material, they have opted to only focus production on the 250g pack size,” Woolworths told Business Insider.

“Woolworths has not set customer limits at this stage.”

The Marmite factory introduced double shifts this week to meet demand and stabilise stock levels at retailers across South Africa, said Sharwood. “We have no direct knowledge of limits being implemented on shoppers, but if that is the case, it hopefully won’t be for long.”

SAFARI goes nuts with new Marmite and wasabi flavours
Love it or hate it, Marmite could stop spread of MRSA
US baby formula is in short supply – but not the situation…
Marmite made illegal in Denmark
Share
Print page
0 Likes
Posting....
Thanks for subscribing!