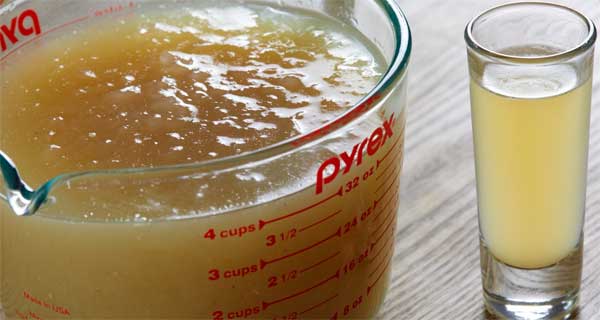 24 Aug 17 Magic or mythic? Bone broth is at the centre of a brewing cultural divide

Bone broth attracts an unusually — it has to be said — visceral cultural divide. Mention it online and every word of praise for it as a magical elixir will be matched by a scoff that it’s “hipster” hogwash.

The trend-topping drink, loved by celebrities, athletes and many humbler figures in search of better health, is generally made by simmering bones for hours in water with added vinegar.

“It makes sense that people are angry about it,” said Melissa Abbott, vice president of culinary insights at the Hartman Group, a company that researches food- industry trends.

To understand why, it helps to look back — on some level, way back.

First, the people who say bone broth is nothing new are quite right. Boiled bones have been around as long as humans have cooked with fire. Its current form is documented at least to the 1500s, said cultural historian Libby O’Connell.

“In Europe, in the late Middle Ages, it was known as what was called ‘restaurer.’ It was a restorative broth” — and the source of the word “restaurant,” said O’Connell, author of the culinary history “The American Plate.”

“People were very fond, especially in the wintertime, of buying what we would call bone broth. . . . It was nutritionally dense, made essentially from leftover bones boiled until all the goodness and nourishment came out.” Cooled, it became gelatinous. That calves-foot jelly of Victorian novels, the invalid’s cure-all? “It’s cold broth.” And don’t forget beef tea.

What we might call the first brodo bar — and what’s popularly considered the first restaurant — came to France in 1765 when a certain Monsieur Boulanger opened shop near the Louvre (which was then a palace, not a museum). Boulanger sold the clear broth “as a cure for nervous exhaustion, people suffering from general fatigue, and people who needed, essentially, a quick meal that you could drink on the run,” O’Connell said.

In more recent years, bone broth was a low-key health food favourite, generally differentiated from soup stock by its ratio of meat to bone, or possibly the use of aromatics, or maybe the addition of vinegar. (There’s no formal consensus.)

Then, a few years ago, came mass popularity. It seemed sudden from the outside, but for June Jo Lee, a food ethnographer who works with companies such as Google Food, it was a logical puzzle piece in the newly mainstream appeal of health and wellness. Fat was back, umami was in, sugar was out. Interest surged in “functional foods,” to which “culinary medicinals” such as turmeric and ginger could be added in.

Bone broth also, of course, was the poster child of the Paleo food movement, the most popular diet in the US for the past few years, noted Sophie Egan, a program director at the Culinary Institute of America and author of “Devoured,” an exploration of the modern American diet.

For Paleo followers, “meat and animal products really are the foods you can luxuriate in, and I think that’s why you see this proselytizing about bone broth’s divine powers,” she said. “ ‘I can’t have coffee or tea or dairy or grains, but I guess instead of going to Starbucks for my morning coffee, I can stop by the brodo counter to sip my morning broth.’ ”

That brodo counter was what brought the broth to full fad status, courtesy of chef Marco Canora of New York’s Hearth restaurant, who claimed the drink had completely revitalized his health. In 2014, Canora opened Brodo, a takeout window selling broth by the cup….