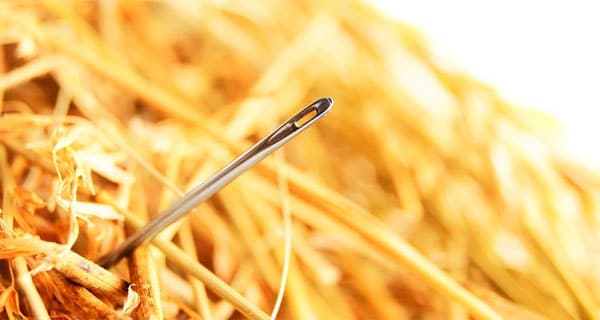 28 Feb 18 Listeriosis outbreak: Inside the hunt for a killer bug

It’s like trying to find a needle in a haystack. The medical scientists at the National Institute for Communicable Diseases (NICD) have been trying to find the source of the listeriosis outbreak, but the haystack seems to grow larger by the day.

With over 900 cases confirmed through laboratory tests, the food-borne disease has so far claimed 172 lives across the country.

Since the outbreak was declared, the centre’s focus has been on doing whole-genome sequencing of the specimens they receive from the National Health Laboratory Service and private laboratories, to find the source of the outbreak. Every other project or investigation has had to take a back seat.

“Just about all we do every day, all day is on this disease and we’re hoping that cholera or typhoid stay quiet and wait their turn,” NICD head Dr Juno Thomas quipped.

It has become a race against the clock for the team of scientists, technologists and data capturers working to find the source, which is currently unknown and uncontrolled.

The outbreak has become the nation’s silent killer and the numbers keep climbing.

Dr Anthony Smith, a senior medical scientist at the NICD’s centre for enteric diseases, told City Press that finding the source of such an outbreak is a very slow process.

“Even in overseas investigations, where they have more resources, such as in the outbreaks in Germany and in the US, it took them several years to find the source. Just when we think we’ve analysed 200 isolates and we’re up to date, you come into the lab the next day and there are an other 200 isolates waiting for you.”

While the health ministry has been at pains to explain that it is a treatable and preventable disease caused by the bacterium Listeria monocytogenes, the outbreak strain ST6 causes severe disease in humans.

Scientists don’t know yet why this strain is so virulent. “Not all listeria is bad, but something has happened to this particular strain genetically, that when you get it, it’s a bad outcome. We just don’t know what,” Smith said.

The fact that listeria is found in soil, water, vegetation and in the faeces of some animals, has added to the difficulty of finding the source of the outbreak.

It can contaminate a wide variety of food types, from meat and meat products, dairy products (unpasteurised and pasteurised) to fresh and frozen produce (fruits, vegetables and sprouts) and ready-to-eat products. This fact, coupled with an incubation period that can range from six hours to 70 days, poses a major challenge for scientists.

They suspect it is in processed food such as viennas or polony, as these are consumed across all socioeconomic groups. People are advised to either boil or cook those foods before eating them.

As early as 2015, Smith and his colleagues, including Nomsa Tau and Shannon Smouse, identified an increased number of ST6 cases of Listeria monocytogenes in the Western Cape.

They wrote a paper published by the American Society for Microbiology. Smith, however, won’t venture as far as saying that this was the start of the outbreak.

Among the cases then was a pregnant 24-year-old woman, and two babies younger than 28 days.

The disease affects mostly babies, or rather neonates. They constitute 41% of current cases.

At present, 59% of cases have been recorded in Gauteng followed by the Western Cape with 12% and KwaZulu-Natal with 7%.

NICD emergency operations manager, Nevashan Govender, said there were a few hypotheses on why Gauteng has the highest number of cases. It could be due to more people presenting at healthcare centres and being diagnosed, or that the contaminated product being consumed is centrally distributed in Gauteng but has a national reach.

“Consumer behaviour could be different here, maybe lifestyle allows this product to be eaten in Gauteng more than anywhere else.

“What we know is that this outbreak is very much following the same trend as literature indicates, except that it’s a whole lot larger in number than other outbreaks of the same kind.”

He said those at risk were the same as in other outbreaks – people with compromised immune systems.

Last week, it was reported that 57 patients had died that week, causing some panic.

Govender said many of the deaths the NICD reported in its updates were not new deaths that occurred that week. They had been retrospectively identified.

“It’s a catch up of data. It’s not that 57 people died last week. Most of the people recorded last week died last year. We’re doing our best to catch up with the data.”

The World Health Organisation recently sent a food safety expert and an epidemiologist with experience in dealing with listeriosis to advise local investigators.

The NICD is also receiving advice and guidance from the US Centers for Disease Control and Prevention.

The NICD said it is optimistic that the source of the outbreak will be found soon. It has urged people not to panic.

Govender said the best thing the public can do is to apply basic hygiene standards when preparing food.

Since Health Minister Aaron Motsoaledi announced the deadly listeriosis outbreak in December last year, that’s all Dr Anthony Smith, the senior medical scientist at the NICD’s centre for enteric diseases, and his team have focused on, day and night.

Smith leads a small team of scientists that has the weight of the nation on its shoulders. They are two medical scientists, two medical technologists and two data capturers. They have collected and processed isolates confirming 915 cases of listeriosis so far.

Smith says they’ve had to put all other work on hold because of the heavy caseload of this outbreak.

“In this lab, we deal with enteric pathogens, but all our work has been placed on hold. We also do papers for publication, describing our work for other projects. We can’t even get to that because listeria is taking up all our time.”

The slow, painstaking process involves pulling DNA out of the Listeria monocytogenes bacteria. A single isolate reveals three million DNA bases that they have to match to global data to identify the strain type.

“What makes it so hard to identify the source is that it could be in a variety of food types in the country. In America it was described in spanspek, in another country it was in ice cream and in another it was in toffee-apples .What makes this strain unusual is that it loves the cold.”

He says that putting food, that has some bacterial contamination, in the fridge usually stops the bug from growing.

“Bacteria like warm conditions to grow, but this listeria loves the cold.”

Bolele Disenyeng is the NICD’s medical technologist responsible for the DNA extraction and culturing of isolates the centre receives. “We are tired. Ya, we are tired,” she says exasperatedly.

By mid-morning on Wednesday, she has already plated and laid out over 30 isolates and has received 12 more.

In a day, they can receive 20 patient samples and about 60 food samples to process for listeria.