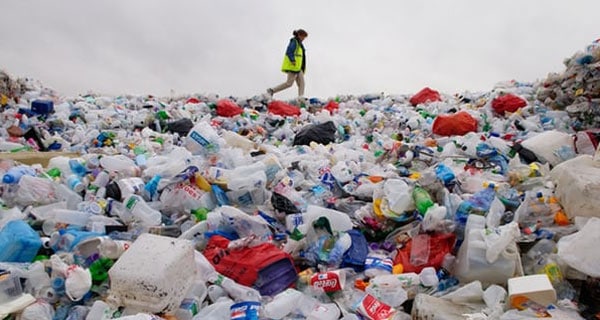 19 Apr 18 Is there life after plastic? New inventions promising a cleaner world

Barely a day goes by without a new anti-plastic initiative…. As the backlash against plastic waste grows, industry is replacing and redesigning single-use products, from recyclable bottles to biodegradable film and a myriad of other fascinating initiatives.

But can we – or should we – aim to move beyond plastics altogether? What are the alternatives to a material that has dominated packaging for 70 years? Promising new technologies are vying for attention, but plastic is so ubiquitous – and so useful – that it will not simply disappear.

Rob Opsomer, systemic initiatives lead at the Ellen MacArthur Foundation believes that 50% of plastic packagings could be recycled if they, or after-use systems, were better designed, and 20% could be tackled by reuse schemes.

However about 30% of plastics need a fundamental rethink to prevent them ending up in landfill.

It’s a sentiment that is gathering pace, with small businesses, laboratory scientists, corporate giants and individual innovators scrutinising every aspect of the plastic problem, from product design to sophisticated new biodegradable bioplastics.

Among those exploring alternatives to traditional plastics is Jeffrey Catchmark, professor of agricultural and biological engineering at Penn State University, who is plumbing the potential of naturally occurring polymers.

Among the team’s successes are waterproof coatings made from cellulose and chitosan – the latter a material made by treating the shells of crustaceans. Not only are these coatings compostable, and break down in the environment, but they offer other benefits since they also act as adhesives, making the recycled products even better than the virgin packaging.

“In fact [the waterproof coating] is completely compatible with the processes that the recyclers use to treat the paper pulp in order to prepare that for the next product that is made,” says Catchmark.

Israel-based Tipa is one of the packaging companies focusing on bioplastics, and is developing their own flexible packaging.

While the company admits their products are more expensive than traditional plastic, the approach could tackle one of the big problems with plastic wrappers, such the films that surround your tomatoes. “That plastic is not recyclable because it is three different plastics,” said Mark Miodownik, professor of materials and society at University College London.

Tipa claims that its material – produced from a combination of biological and synthetic materials – breaks down rapidly in a home composter, unlike most so-called compostable plastics which only properly degrade in industrial treatment facilities.

“Just imagine that all flexible packaging will be treated and will behave the same way as organic waste,” said Daphna Nissenbaum, CEO of Tipa.

“What we offer is a packing solution that on the one hand is similar to conventional plastic, it brings us as consumers the same benefits as plastic, but on the other hand, [it is] fully compostable.”

However Miodownik is cautious, noting that for compostables to catch on, the starting materials have to be sustainable or otherwise make use of abundant waste materials, such as waste oil, whereas recycling means resources can be used again and again.

Nonetheless, so far Tipa’s flexible packaging has been embraced by businesses including snack-company Snact and fashion designer Stella McCartney. Others, meanwhile, have embraced a golden oldie: cellulose. Made from the plant polymer, cellophane is the wrapping that got us hooked on the idea of “seeing what we buy” but ended up being usurped by cheaper films made of plastic with a host of attractive properties.

Now some, including Nestlé’s Quality Street are going back, using cellulose films from UK-based firm Futamura for their wrappings.

Andy Sweetman of Futamura said its NatureFlex range is made from sustainable raw materials and can be industrially or home composted. And while the toxic chemical carbon disulphide is still used in manufacturing, this is now fed back into the system, tackling environmental concerns.

Packaging made from seaweed promises another alternative to sachets and wrappers.

Jakarta-based Evoware say both food-grade and packaging-grade products are available, with the focus on use in the food and drink, beauty, jewellery and electronic industries. One use, they note, is to package seasonings for instant noodles, with the sachets breaking down in hot water. 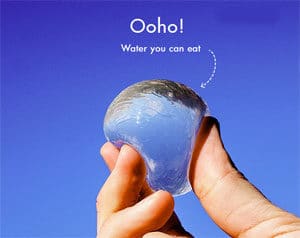 Seaweed-based packaging has even been deployed for water, with London-based start-up Skipping Rocks Lab developing Ooho: squidgy liquid-filled balls that last for a few days and can be eaten.

Among others keen to see their packaging eaten is Peggy Tomasula of the USDA whose team has used proteins from milk to make films which are claimed to be better than plastic at keeping oxygen out.

From coffee cups to drinks packaging and juice cartons, solutions are proliferating. A host of companies have taken-off, selling reusable alternatives to single-use coffee cups, and many cafes now offer discounts for their use.

Others are redesigning single-use products, like the Triocup – a paper coffee cup which folds over at the top, removing the need for a plastic lid. Triocup co-founder Tom Chan said the ultimate aim was to remove the plastic lining too, making the vessel compostable or recyclable…..