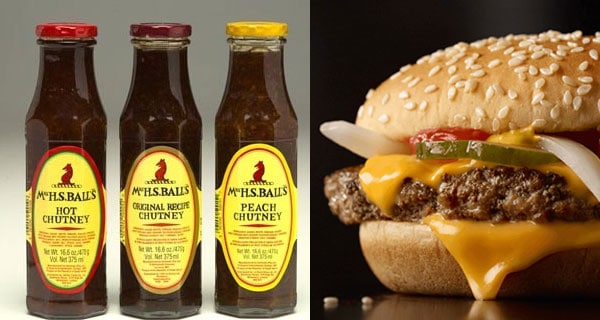 The JSE’s embrace has of late been anything but warm for consumer-focused groups: Consol canned its listing late last month and Libstar, owner of brands such as Denny and Lancewood, didn’t exactly get the reception it wanted, making a dull market debut on Wednesday June 9 with its shares falling below the pre-listing issue price.

The lukewarm listing was not totally surprising as the company, which raised R1.5bn in fresh capital, placed its shares at the lowest level of its indicative pricing range of R12.50-R16 per share.

Investors have also recently shown a lack of appetite for consumer stocks, with a sluggish economy pinching discretionary spending.

Libstar shares snuck as low as R11.61 before finding support at R12.34 at the close of trade. This was 1.28% off the issue price. Trade was fairly vibrant with shares worth R277m changing hands.

While R1.5bn of fresh capital was raised, certain shareholders — including international investment firm Abraaj — also sold down their shareholdings to the tune of R1.5bn. A R800m dividend was also paid to existing investors ahead of the listing.

Anthony Clark of Vunani Securities said the weak debut by Libstar highlighted the market’s disenchantment with the methodology and rationale for listing the company.

He noted that other food brands groups that had listed on the JSE in recent years – like Clover and Rhodes Food Group — initially dropped below their prelisting share placement price.

He expected the Libstar share price would remain “under the weather” until the market regained its poise.

The fortunes of Libstar are tied to the Woolworths Food growth story.

Woolworths is its top customer

Three of its 27 business units – Amaro Foods, Ambassador Foods and Rialto Foods – “depend significantly on Woolworths”.

Rialto imports, packages and distributes a number of products from Italy and Asia, supplying over 250 product lines to Woolworths. This includes canned tomato, curry pastes, olive oil and pasta.

Ambassador Foods has supplied nuts, seeds and related snack products to the retailer for around 20 years. Its top five customers (Woolworths, Shoprite Checkers, Pick n Pay, McDonald’s and Spar) accounted for 55% of the group’s revenue in 2017.

It produces all meat and chicken for McDonald’s South Africa

Business unit Finlar has supplied meat and chicken to McDonald’s for over two decades. Its first plant was established in Gauteng in 1994, when McDonald’s entered the market.

The Cajun chicken burger patty available locally was developed by Finlar for McDonald’s and this has been “introduced to several regions elsewhere in the world, based on consumer demand”.

In 2017, Finlar processed over 9 000 tons of beef and over 10 000 tons of chicken. Beyond the McD’s relationship, Finlar also makes chicken products for County Fair (owned by Astral Foods), Woolworths and recently won the business to supply chicken schnitzels and other value-added chicken products to Spur Steak Ranches.

In a similar relationship, Dickon Hall Foods produces Knorr salad dressing (amongst other products) for Unilever, which has been in place for a decade. It also makes all Nando’s sauces.

It is big in cheese and mushrooms

Lancewood is a market leader in both hard cheeses (22% market share) and soft cheeses (51% market share). Lancewood often competes with itself as it produces a number of private label/store brand cheeses for retailers.

Last year, it “processed approximately 145-million litres of fresh milk with which it manufactured over 11 000 tons of hard cheese and 5 500 tons of soft cheese”.

Denny is the market leader in mushrooms, and supplies to Woolworths, Shoprite Checkers, Pick n Pay, Spar, Fruit & Veg City/Food Lovers Market, as well as Fruitspot (Massmart). Both Lancewood and Denny supply to the food service industry as well.

It is a huge private-label/store brand producer

Libstar says “sales generated from the manufacture of DOBs [dealer-own brands] and private label products represented 42.2% of the overall group revenue in 2017”.

Unit Millennium Foods makes a number of ready-to-eat products and meals for Shoprite Checkers. This includes the “Oh My Goodness” range, targeted at children, as well as “Pots of the World” and “Bella Vista”.

It supplies a number of well-known imported brands under licence

Libstar, through Rialto, is the exclusive importer and representative of a number of well-known brands, including Tabasco, Kikkoman, Kiri, Laughing Cow, and Lurpak. It bought a company (Patleys) which imported a number of these brands in 2015.

Revenue from these principal brands accounted for 9% of the group’s total income in 2017.

It received a lukewarm reception from investors, raising R1.5 billion at a price of R12.50 per share in its IPO. This was at the bottom of its targeted range of R12.50 to R16.