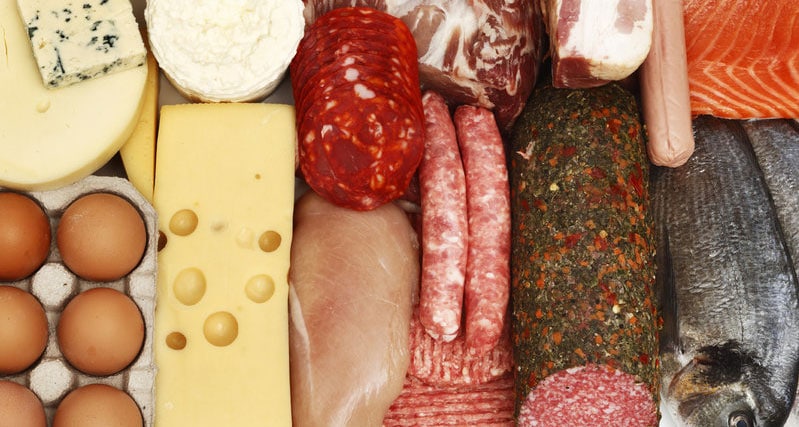 A group of leading nutrition scientists, mainly from the US, has agreed that the most rigorous and current science fails to support a continuation of the US government’s policy limiting consumption of saturated fats.

Following a recent two-day, Washington DC-based workshop entitled “Saturated Fats: A Food or Nutrient Approach?” the group released a consensus statement detailing their findings on the latest research regarding the intake of saturated-fats and heart disease.

Members of workshop, who met Feb 10-11, included three former members of the Dietary Guidelines Advisory Committee (DGAC), from 1995 and 2015, as well as the chair of the 2005 DGAC.

The DGAC is an expert group, appointed every five years to review the science for the government’s nutrition policy, the US Dietary Guidelines for Americans (DGA), and make recommendations to the two agencies that jointly issue those guidelines, the US Department of Agriculture (USDA) and the Department of Health and Human Services (HHS).

Members of the group wrote a consensus statement on saturated fats and also sent a letter regarding their findings to the Secretaries of USDA and HHS.

The letter states, “There is no strong scientific evidence that the current population-wide upper limits on commonly consumed saturated fats in the US will prevent cardiovascular disease or reduce mortality. A continued limit on these fats is therefore not justified.”

The letter urges USDA-HHS to give “serious and immediate consideration to lifting the limits placed on saturated fat intake for the upcoming 2020 Dietary Guidelines for Americans.”

“We agreed that there is no evidence that the current population-wide upper limits on commonly consumed saturated fats in the US will prevent cardiovascular disease or reduce mortality,” said Janet King, PhD, chair of the 2005 DGAC and a professor in the Department of Nutritional Sciences and Toxicology at the University of California at Berkeley.

Since the launch of the DGA in 1980, Americans have been advised to consume a diet “low in saturated fats.” In 2005, the DGA added a specific limit of 10 percent of calories from these fats, and this recommendation has endured since that time.

For the 2020 DGA, the USDA-HHS advisory committee has stated that it will update the recommendations for saturated fats, with a report due out mid-May of this year.

“The guidelines determine school lunches, hospital food, feeding programs for the elderly and military food. Indeed, they influence our entire food supply. It is therefore critical that these guidelines be based on the best-possible science, including the most up-to-date understanding on saturated fats and their effects on health,” stated Ronald Krauss, MD, one of the workshop’s two co-chairs and a professor of Pediatrics and Medicine at the University of California, San Francisco as well as the Dolores Jordan Endowed Chair at UCSF.

“The approach to look at saturated fat as one group, and to predict health effects of individual foods, meals and diets based on the total content of saturated fat is likely to lead to erroneous conclusions,” said Arne Astrup, MD, DMSc, a workshop co-chair and Professor, Head of Department of Nutrition, Exercise and Sports, University of Copenhagen & Chief Consultant, Unit for Clinical Research,  Bispebjerg  Frederiksberg Hospitals,  Copenhagen, Denmark.

Focus must move from nutrients to food

“Future recommendations should move away from a nutrient-based analytical strategy to a food-based approach, and we hope these considerations will be taken into account before the DGA advisory committee’s scientific report is issued in May.”

A critically important consideration regarding saturated fat is the growing recognition by scientists in the field that the effect of these fats on health cannot be considered in isolation, but instead must be analysed as part of the larger food matrix (i.e., the composition of specific foods) in which these fats exist.

It is now known that the impact of nutrients on health needs to be considered in the context of the overall diet (i.e., the other nutrients and foods people consume), the type and degree of food processing that a food undergoes, and other crucial factors such as a person’s metabolic health and propensity for disease.

For example, some foods, such as dark chocolate, whole-fat dairy, and unprocessed meat, have a relatively high saturated-fat content but show no association with increased cardiovascular risk.

These leading researchers in the field also concluded that:

The workshop was organised by co-chairs Arne Astrup, MD, DMSc, and Ronald Krauss, MD, and was funded by The Nutrition Coalition, a non-profit, non-partisan organisation based in Washington, DC with no funding from industry.