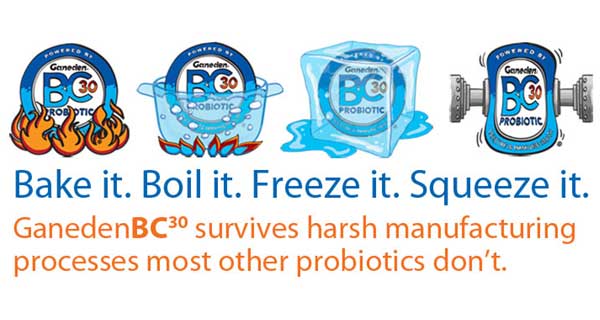 The Kerry Group, the Irish global taste and nutrition company, has announced that it has acquired Ganeden, the well-known Ohio-based developer and manufacturer of probiotics. The terms were not disclosed.

According to Food Navigator, Kerry CEO Edmund Scanlon told investors that Ganeden posted current year revenue of approximately $25-million and has more than 135 patents for technologies in the supplement, food, beverage, nutrition and personal care markets.

The company’s statement said that it expects the Ganeden purchase to complement its 2015 acquisition of Wellmune from Bioothera Pharmaceuticals. Wellmune produces an immune-enhancing yeast product used in foods, beverages and supplements.

Kerry has acquired several other US firms in recent years. In 2015, along with Wellmune, the company bought Massachusetts-based Island Oasis, a supplier of beverages and equipment to the hospitality sector.

It also bought Wisconsin-based Red Arrow Products, a supplier of smoke flavourings for meat, in a deal worth $735-million. In 2014, Kerry bought Wynnstarr Flavors and KFI Savory, the US-based savoury business of Kraft Food Ingredients.

In 2012, it acquired the Durban-based flavours company, FlavourCraft, for an undisclosed sum, post the 2011 acquisition of Cargill Flavor Systems for $230-million.

Kerry is moving more into the health and wellness arena with this acquisition of Ganeden. Its best-known product is a patented strain of probiotic bacteria called GanedenBC30, and it recently announced a new inactivated probiotic called Staimune, which the company said has similar immune boosting and anti-inflammatory benefits.

GanedenBC30 was recently announced as the winner of the first annual IFT FoodTech Summit Innovation Award. The award was developed by the Institute of Food Technologists (IFT) and Encumex to acknowledge innovation in the food science industry.

The probiotics company, which produces a strain that can go into many foods and beverages, is well-positioned to bring added value to its new owner.

Ganeden President and CEO Michael Bush recently told Food Dive that the company had “basically invented this market space” and has been doubling in size every couple of years.

“We have done a lot of work. We were the first one into baking mixes and probiotic waters and juices and protein powders. We have so many firsts, it’s hard to name them,” he said.

To cash in on the probiotics craze, manufacturers have started buying probiotics firms or adding the good-for-you bacteria to various products.

The global probiotics market reached $34-billion in sales in 2015, according to a report from BCC Research. The food and beverage industry accounted for 73%, or $24.8-billion, of that market.

Clearly the Kerry Group knows what it’s doing by snapping up Ganeden at this stage of the game. It not only gains a larger foothold in the health and wellness sector, but, after working through the costs and operational changes associated with integration, will be better positioned to take advantage of developments in the ever-expanding probiotics and functional foods markets.