Ireland’s Kerry Group continues to expand its South African presence via spicy acquisition, with the purchase the super-successful Jo’burg-based flavour company, Season to Season. No price tags have been released.

This deal, already approved by the Competition Commission, follows some years on after that of FlavourCraft in 2012 and Orley Foods in 2013, two equally prospering privately-held operations.

The press statement from Kerry says: “The acquisition will enable Kerry to draw on Season to Season’s R&D capabilities and technical expertise in snack seasonings to help customers meet the demand for innovative snacks.

“The unique offering and technical know-how of Season to Season also fortifies Kerry’s Taste portfolio, allowing the company to deliver authentic, wholesome and delicious snacking experiences to consumers in Sub-Saharan Africa and beyond.”

From bakkie to the big time


This short statement belies the fabulous feminocentric entrepreneurial success story that is Season to Season, and the very reason it has surely spent many undeclared millions in acquiring the business.

It began in 2003, when founder, Ronel Venter, decided to go out on her own after a successful seven-year stint with McCormick as its sales director, time and experience that developed her flair for sales, business, the savoury snacks game and the creation of winning flavours.

Her one-woman enterprise had a lowly genesis: hiring production time from a factory at night to blend her seasonings and then doing sales calls and stock deliveries by day. 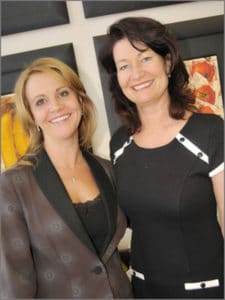 Over time, the business grew and she secured her own 600 m2 factory. It did not take long for Season to Season to outstrip this space and 15 years later it resides in two ISO 2200 certified-factories in Northriding, Jo’burg.

Venter was joined in 2006 by business partner, Anneke Potgieter, a food technologist and close colleague from her McCormick days.

Potgieter, she says, is a gifted flavour R&D expert, and she credits her immense contribution as crucial in their growth and success. Clearly, Kerry values her, too, as Potgieter is already ensconced in the new mother ship, based in Durban with the Kerry R&D team.

Season to Season boasts a headcount of 74, and it produces several hundred tons of flavours and seasoning monthly, serving an impressive clientele that includes the likes of Nando’s, Woolworths, Simba and Willards, among many others.

As Venter comments, the snacks business is seriously and surprisingly big, with many big players falling under the mainstream radar.

According to BMI Research, the South African snack market has three clear top categories that outperform others in terms of volumes produced. These are: naks, potato chips and puffs.

Naks generally holds a 40% plus share of the market, with potato chips covering a fifth of overall volumes, and puffs between 10% and 15%.

Season to Season has also been on the right side of consumption trends in SA.

For instance, PhD researcher at Stellenbosch University, Lisa Ronquest, in this paper*, found that ‘Sweet and savoury snacks’ consumption, also at 2.3 kg.capita/year, experienced significant growth of 53.3% between 1999 and 2012 with both ‘chips/crisps’ and ‘extruded snacks’ experiencing increases in consumption of more than 33%.

Venter credits Season to Season’s success on getting the basics right; good relationships with clients and delivering on the necessities of taste, price, quality and service, and doing that consistently, irrespective of their growth tangent.

“Apart from our technical strengths, we have built a strong sensory analysis team, and this has proved a very valuable tool in terms of flavour development and consistency,” she adds.

And all the while, Venter has kept her focus on keeping her growing contingent of staff both satisfied and motivated: “Within the complexities and challenges of running our company, we strive to keep things simple. ‘Happy team equals happy company’,” Venter quips.

An important factor in selling to Kerry, she hastens to stress, was that the deal would be ‘business as usual’, with no one in Season to Season losing their jobs. “So much business success rests on people – and if people are comfortable, they feel happy and work hard.”

She and Potgieter are delighted at the prospect of joining an international stable of companies within the Kerry Group, and all the benefits and resources it offers. She says Kerry is already investing in upgrades to the Northriding plant.

“Kerry is brilliant, it has wonderful people, technologies and factories. And it’s so exciting to be part of this international group, to have the backing to take this business to new heights.” – Ronel Venter

And 15 years later, from bakkie to the big time, from start-up to international flavour house, how do she and Anneke feel: “We have built a lovely company and we hope, in time, to prove to be one of Kerry’s worthiest acquisitions.”